Action plan for the circular economy 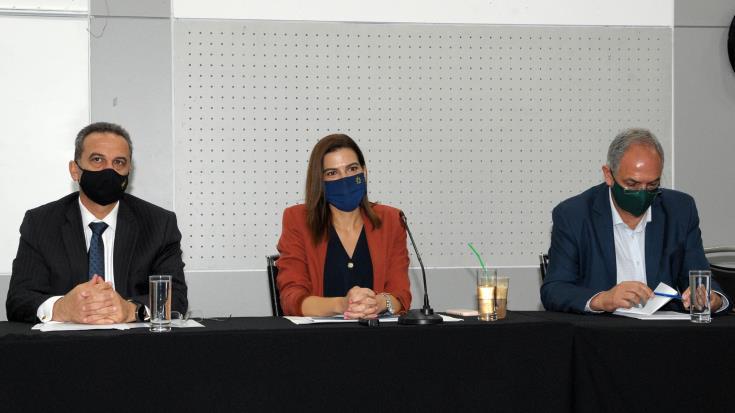 The Action Plan for the Circular Economy will have multiple benefits for the environment, the society and the economy, as it has been stressed in a Press Conference for the presentation of the Plan, provided by the Ministers of Energy and Agriculture, as well as the Deputy Minister of Research on Tuesday.

The Action Plan approved by the Government has a total cost of €90 million and the prospects of the applications of the circular economy in industry and business in Cyprus, became clear through the study prepared by the Ministry of Energy in the framework of the Industrial Policy actions 2019-2030.

As emphasized at the Conference, the findings of the study were quickly and effectively utilized by the working groups of the three Ministries, under the guidance of the Ministers, and within a short time the National Action Plan was established and approved.

Speaking at the Conference, Minister of Energy, Trade and Industry Natasa Pilides explained that the impasse of the current linear model of economy, which abuses natural resources, generates waste and contributes to climate change, is met by the transition to a green, circular model. In this model it is achieved the recovery and the reuse of raw materials, and the waste production is reduced to the minimum.

Pilides analyzed the multiple benefits of the transition to the cyclical model of economy, noting that in addition to actively contributing to the reversal of climate change by reducing greenhouse gas emissions, serving the goal for zero emissions by 2050, the good circular economy practices create opportunities for business and industry transformation in order to gain more competitive advantages and become more competitive and sustainable locally and internationally.

Deputy Minister of Research, Innovation and Digital Policy Kyriakos Kokkinos in his speech at the Conference said, among other things, that the dual green and digital transition is a national, European and global priority and should go hand in hand. "The digital component is an integral part of our National Plan to promote the circular economy," he said.