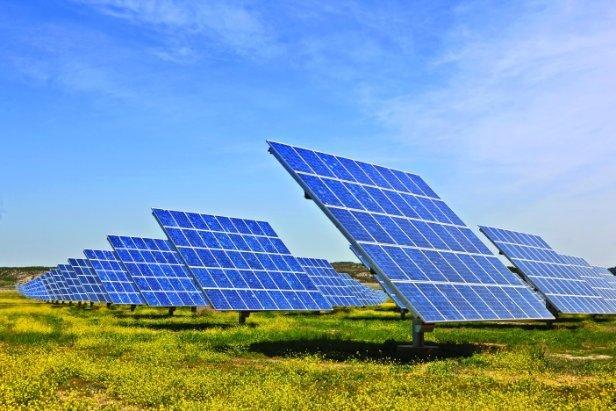 With a budget, increased by 40%, which has the potential to increase even further, and with increased grants by 50%, the Grant Scheme for thermal insulation on roofs and installation of photovoltaic systems in houses was announced by the Ministry of Energy, Commerce and Industry during a web conference, on Tuesday.

The available budget for the years 2022-2023 is expected to exceed €20 million and has been secured by the "Cyprus-Tomorrow" Recovery and Sustainability Plan.

The Minister of Energy, Commerce and Industry, Natasa Pilides, in her intervention, stressed that the increase in the budget and the improvement of the scheme's provisions, fall within the huge effort made by the government to support the households to reduce their energy costs. According to the Minister, the plan will help even more citizens to proceed with the installation of photovoltaic systems and implement energy saving (ES) measures, in order to reduce the cost of their electricity bill.

"Increasing the penetration of RES and the energy upgrade of buildings, both contribute to the implementation of the objectives of the National Strategy for the rapid transition to green energy, which provides, for the gradual decommissioning of fossil fuels and the reduction of greenhouse gas emissions" the Minister noted, according to an announcement by the Ministry.

The Grant Scheme to encourage the use of RES and ES in existing households will be applied retroactively, in a way that ensures the smooth continuation of the previous Plan that expired on December 20, 2021. The duration of its implementation will be until December 20, 2023, or until the available budget is exhausted.

According to the scheme, the beneficiaries are natural persons. The installation of photovoltaic systems concerns buildings that have obtained a building permit or an urban planning permit before January 1, 2017. Each kilowatt is subsidized with €375 and the total sponsorship may amount up to €1,500. As part of the policy to support mountain communities, the amounts are increased by 50%. Vulnerable households are subsidized with €1,000 per KW, with a maximum sponsorship amount of €5,000.

In addition, the roof thermal insulation subsidy concerns buildings that have obtained a building permit or an urban planning permit before December 12, 2007. The sponsorship can amount to 45% of the eligible costs, with a maximum sponsorship of up to €2,250. As part of the policy to support mountain communities, the amounts are increased by 50%.

It is noted that the combination of the two, roof insulation and photovoltaic systems, concerns buildings with a building permit or urban planning permit before December 12, 2007. In this case, for the thermal insulation of the roof, 55% of the eligible costs are covered with a maximum subsidy amount of €2,750 and for the installation of a photovoltaic system, an amount of €450 per installed KW is subsidized, with a maximum sponsorship of up to €1,800. As part of the policy to support mountain communities, the amounts are increased by 50%.

The participants in the meeting were also informed about the grant scheme amounting to €600 thousand - increased by 35% - for installation or replacement of solar hot water production systems in households, which was announced on 10th May 2022.

Beneficiaries of the project are exclusively natural persons and the support they get concerns investments in existing houses in which the application for a building permit or urban planning permit was submitted before 21.12.2007.

The project provides grants for integrated solar systems (cylinder and solar panels), which are installed by certified installers.

It is noted that solar hot water production systems can provide 70% of the annual need for hot water for a home, without any operating costs and with minimal maintenance, significantly contributing to the reduction of electricity costs.