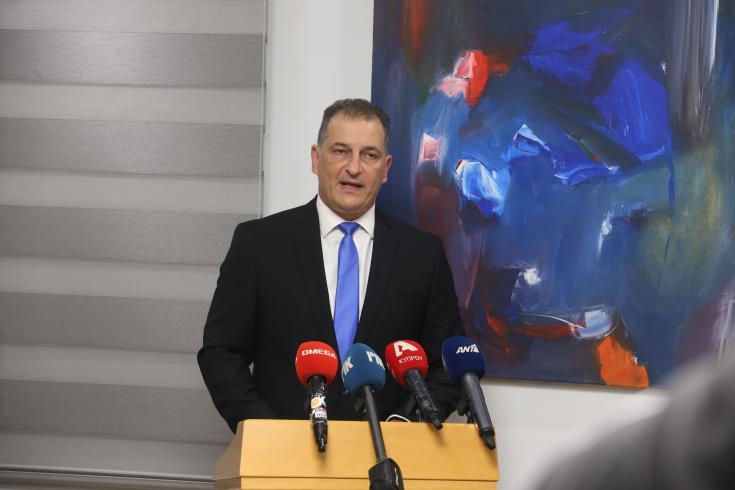 The “Aphrodite” gas field is being developed as planned, Energy Minister Yiorgos Lakkotrypis said on Monday. He added that a special agreement with Israel, regarding the regulation of the rights on the “Yishai” and “Aphrodite” reservoirs, is not a precondition for the development of the Cypriot gas field.

Lakkotrypis was speaking in Nicosia, before attending the Annual General Meeting of the Cyprus Chamber Of Commerce and Industry. Asked about a report in Israeli Globes and a subsequent announcement issued by the Israeli Embassy in Cyprus, the Minister said that the announcement reflects the position of the Israeli side, as conveyed during negotiations that are being held for some time now.

For the Cypriot side “the development of the ‘Aphrodite’ reservoir advances normally, as planned” the Minister added.

He said moreover that with regard to the special agreement, there is an established process which is being followed for some time now and continues.

“The most important thing I want to stress is that these two things, the development of ‘Aphrodite’ and the established process for the special agreement are not connected as far as the Cypriot side is concerned” said Lakkotrypis.

Asked if companies involved in the development of the Aphrodite gas filed are affected in any way, Lakkotrypis said that the issue of the special agreement is known for a long time “however we proceeded to concluding the agreements in November.”

“As the Republic of Cyprus, we would certainly prefer to have this framework in place, to govern the operation, but I must stress that this is not a precondition to continue with the development of Aphrodite” the Minister noted.

“Our position is clear and it is reflected in the following: Either with, or without an agreement, if it is proven that there is natural gas on the Israeli side which is pumped out by our side, the Republic of Cyprus will certainly compensate the Israel side accordingly” the Minister of Energy said. He added that with or without an agreement in place, no side will abolish their rights.

Lakkotrypis said finally that the established process continues, with the two sides exchanging positions, while Cyprus will send again its positions soon.

An announcement by the Israeli Embassy in Cyprus said moreover that the letter of the Director General of the Ministry of Energy to the consortium companies in the “Aphrodite” reservoir, reflects Israel`s position as presented in the talks between the two countries.

The Government of Israel will be pleased, at any time, to continue the negotiations with the Government of Cyprus, on the issue of regulating the rights on the “Yishai” and “Aphrodite” reservoirs, as has also been conveyed to the Cypriot side on several occasions, the announcement notes.