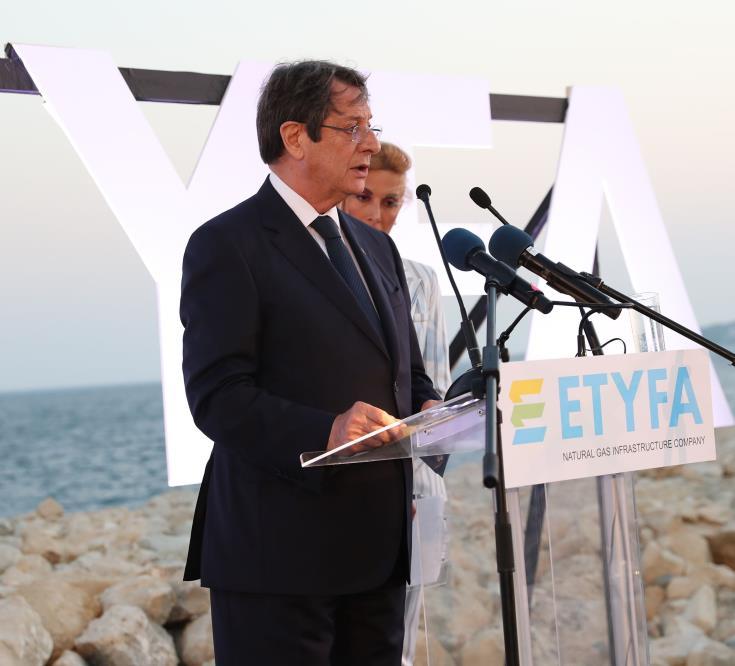 The infrastructure for the introduction of liquified natural gas for electricity generation places Cyprus on track for a new energy era, opening new strong prospects for the island’s economy, President of the Republic Nicos Anastasiades said on Thursday.

Anastasiades laid yesterday the foundation stone for the infrastructure in the Vasilikos LNG infrastructure project which features an LNG floating storage and regasification unit (FSRU), a jetty, mooring facilities, a pipeline on the jetty and other onshore and offshore related infrastructure. The construction works are expected to conclude in 2022, enabling the use of natural gas for electricity generation.

Addressing the ceremony, the President said that this day is “a real historic landmark that officially marks the implementation of a project of strategic and national importance.”

“A project which places Cyprus on track for a new energy era, opening strong prospects both for economic growth a well as the broader progress of the island and its citizens,” he added.

He also noted that the €289-million project was embraced by the European institutions as it was included in the EU projects of common interest list, attracting a grant of €101 million Connecting Europe Facility. The project will be funded by the European Investment Bank with a loan agreement amounting to €150 million as well as by the European Bank of Reconstruction and Development with a loan facility up to €80 million. Furthermore, the Natural Gas Infrastructure Company, a subsidiary of DEFA, the Cyprus Natural Gas Company, has obtained a €43 million in equity investment by the Electricity Authority of Cyprus.

In his address, Anastasiades said this project became attainable after two decades of efforts.

The project, Anastasiades added, promotes the strategic planning for securing energy supply, the diversification of Cyprus’ energy mix and promotes competition in the electricity market, attaining environmental targets and boosting the competitiveness of the economy.

“At the same time the aim for the upgrade of the energy mix and energy convergence with the Europe while the citizens will be the ultimate beneficiaries,” he added. 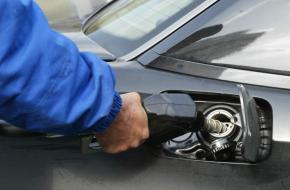 Sales of petroleum products drop by 21% in November 2020
Energy 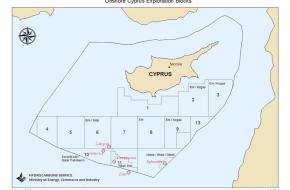 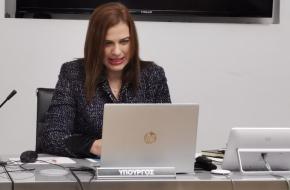 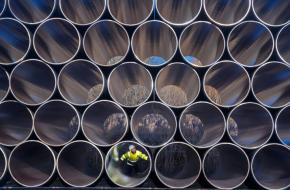