Home » News » Package of measures to support the economy

Package of measures to support the economy 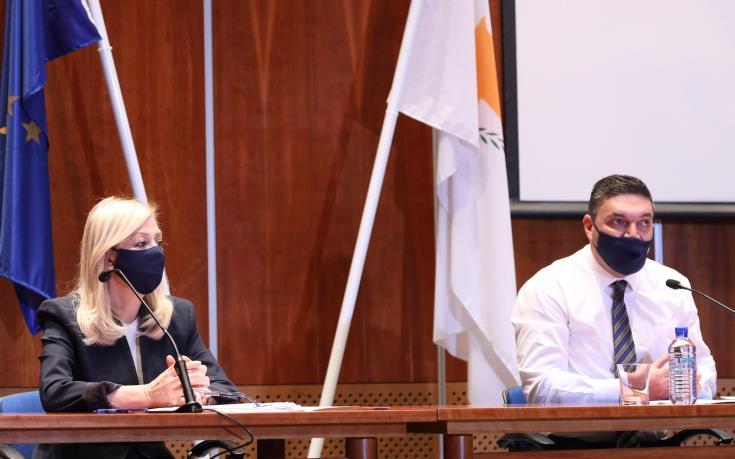 Cyprus government presented on Saturday a new support package, estimated between €350 and €450 million, in a bid to mitigate the impact on the economic activity and the labour market due to a new three-week lockdown, imposed with a view to curtail the spread of the Covid pandemic.

Petrides pointed out that there’s no place for political games in the battle against the pandemic.

“We hope that this is the final battle, until we won the battle with the vaccines, until we shield the health of our people, especially of the vulnerable groups, with a sufficient percentage of vaccinations, so that we can reactivate the economy even gradually and so as not to enter a period of prolonged economic crisis, which will create new and very difficult problems”, he said.

At the same time, Petrides highlighted that the amounts announced could not be disbursed without the approval of the revised state budget for 2021.

Finance Ministry’s schemes provide for state grants to cover operating expenses of companies and self-employed persons, such as rents and installments, amounting to €200 million, covering the operating expenses of an estimated 30,000 businesses with an one-off grant ranging from €1,000 to €300,000.

Companies eligible for the grant are those who had a 35% reduction in their turnover compared with 2019 due to the Covid-19 pandemic.

The Ministry also announced that the Cabinet and the Central Bank of Cyprus approved a new six-month loan repayment holiday, covering loans collateralized with primary residence amounting to €350,000, business loans for companies or self-employed persons whose companies are under mandatory suspension of economic activity and loans associated with the tourism sector.

Furthermore, the package includes a two-month suspension (January and February) of the obligation to pay 70% of the rent for professional leases of companies and self-employed who are under full suspension of operations based on the Decree of the Minister of Health.

The schemes also include non-payment of rents to state and public organizations by private renters for January and February 2021, as well as the extension of the tax relief period to property owners who will make a voluntary reduction of rent in the period January - March 2021.

In addition, the Minister of Labour announced measures amounting to €130 million, aiming to cover labour cost for companies that will fully or partially suspend operations due to restrictive measures.

The main scheme, covering businesses that will be forced to suspend operation due to the lockdown measures, provides for a subsidy amounting to 60% of each employee’s salary. Companies with up to 9 employees will be subsidized to 100% of their staff while for companies with over 9 employees the support will cover up to 97% of their staff.

A second scheme will cover the labour cost of companies that will enter a partial suspension of operation with support amounting to 60% of an employee’s salary, with the coverage ranging between 45% and 90% of the number of employees depending on the impact of reduction in turnover.

“We believe - and our effort is to avoid lay-offs and to overcome the pandemic and with the schemes launched by the Finance Ministry along with labour cost support - that the companies will be able to recommence economic activity and the employees to return to their jobs,” Emilianidou added.

The Ministry schemes also feature an allowance for a special leave, as well as a €500 allowance for those who have exhausted their unemployment benefit, and an allowance covering 60% of the salary of persons who are obliged to stay at home to care for children below 15 years of age, as schools will shift to distant-learning.