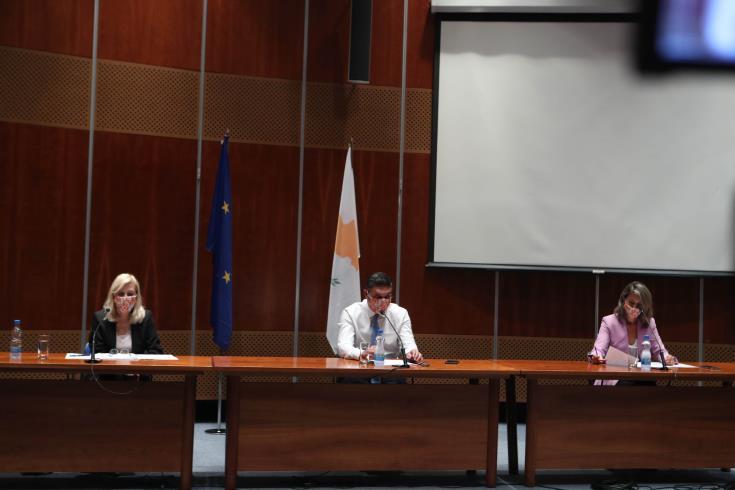 With a total expenditure of more than €106 million, the Cyprus government announced on Thursday new measures to support businesses, workers and the unemployed hit by coronavirus crisis in Cyprus.

During a press conference, in Nicosia, Finance Minister Constantinos Petrides and Labour Minister Zeta Emilianidou referred to the new measures approved on Thursday by the Cabinet, including the extension of special schemes for business that started last March.

The schemes will support businesses which suspended their operations or recorded a significant reduction in turnover, due to the effects of coronavirus, especially businesses active in the tourism sector. The new schemes will continue to subsidize the salary of employees, provided there will be no layoffs until December.

Some measures for training employees were also announced as well as employment programs for unemployed with funds from the European Social Fund.

Finance Minister Constantinos Petrides stressed that the coming months will be crucial for the economy and therefore fiscal policy could no longer be expansionary.

Petrides pointed out that the public debt needed to follow a downward trend, which will ensure Cyprus' credibility abroad.

"Therefore, it is obvious that the coming months will be crucial and therefore fiscal policy can no longer be as expansionary as it was in the pre-crisis period," he said.

He also noted that the Ministry’s forecast of a 7% reduction in GDP remains unchanged despite the worst-case scenario in tourism.

Petrides also said that as part of the recovery process, Cyprus should ensure its optimal participation in the European Union programs and especially in the Recovery Fund. For that purpose, he said the government’s goal is to submit Cyprus` plan to the EU by the end of October.

Asked whether there are thoughts of reducing costs in public service wages, the Minister said that there’s nothing planned at the moment, as this would lead to a reduction in consumption with negative consequences for the economy. However, he added that the next few months will be critical in terms of financial management, while there are also factors that can not be predicted.