Home » News » Better days for the market in December

Better days for the market in December

12/01/2012 09:11
The market enjoyed better days during Christmas holidays, after one of the most difficult years for the trade.

The market factors welcomed those better days in December and the development of the commercial activity in early 2012.

The performance of the large shopping centers seems to be exceptionally positive.

Manager of The Mall of Cyprus, Marios Hiromerides told StockWatch that 2011 closed with a 6% increase in visits, while during Christmas, visitors increased by 10% compared to last December.

The biggest shopping mall in Nicosia was estimated to have 100 thousand visitors per week in December, while on Sundays of the same month, visitors reached 25 thousand.

As for the sales, Mr. Hiromerides said that they stood at the same level as last year, at €100 million.

“People spend less and are more careful in their buys”, he said.

“Although certain shops saw their sales dropping, some others enjoyed an increase, therefore, there is no significant variation compared to 2010”, he said.

It seems that the 16 new businesses in the Mall – 12 stores and 4 kiosks – contributed to keeping the turnover at last year’s level.

This is expected to be a difficult year for commerce, since consumers have difficulties in coping with the economic measures and the reduction of their income.

“We have to be careful in 2012, because psychology plays an important role”, he said.

As for January, the month started positively for the mall, raising expectations for increased sales.

However, for the small-medium businesses that are not active in shopping centres, things are different.

According to POVEK General Secretary, Stephanos Koursaris, food is the only sector that losses seem to have covered and sales stood at last year’s level.

On the other hand, the clothing and footwear sector suffered losses of 30%, while those in luxury goods (e.g furniture, cars), exceeded 30%.

According to Mr. Koursaris, December was a good month for many businesses but failed to offset the losses of 2011.

Due to the tough conditions, the shop owners in and outside cities hope to see an improvement during sales.

“We hope that consumers will take advantage of the sales starting on January 13 so as to buy quality products at lower prices”, he added.

“The parties, the organizations and the shop owners must agree on certain measures so as to change the negative psychology and economy returns to growth”, he added.

“The developments in hydrocarbons and tourism contribute to this optimism”, Mr. Koursaris concluded.
Previous
Next 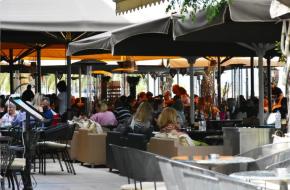 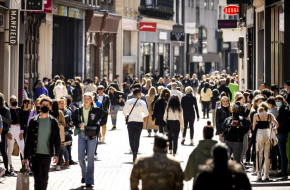 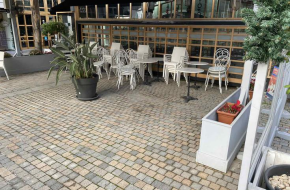 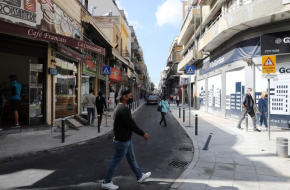