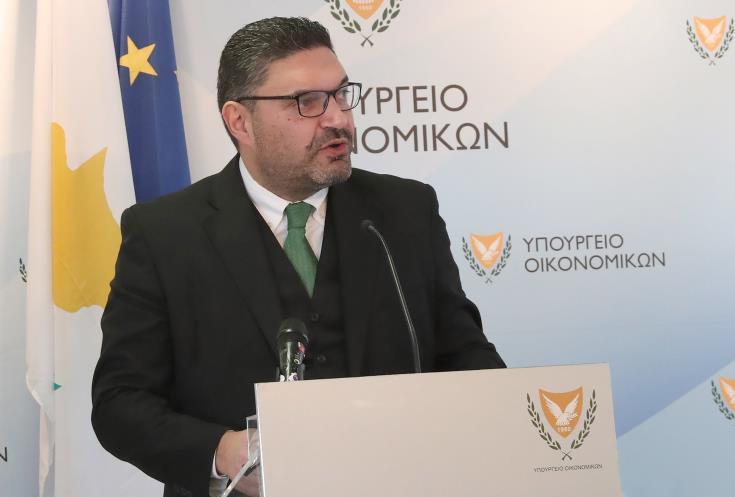 The government extended the interest rate subsidy scheme for both housing and corporate loans until the end of 2021 and raised the ceilings for eligible loans for both retail and corporate loans, Finance Minister Constantinos Petrides said on Friday, vowing that the government will utilise all EU tools in a bid to support households and businesses amid the coronavirus pandemic.

“We are aware of market challenges and we heed the cries of our fellow citizens and we will continue to support them” Petrides said announcing the decision of the Council of Ministers, adding these decisions complement the disbursements of €200 million in one-off grants for approximately 30,000 businesses.

Decisions are in effect as of February 17 while corporate loans require the EU Commision's approval on the basis of state aid rules.

Since the beginning of the scheme in March 2020, the Finance Minister noted, a total of 2,339 housing loans with a value of €301 million received state subsidy, while 339 corporate loans with a total value of €87 million were approved under the scheme.

“I personally expect that following the extension until end-2021 and the increase in the (eligible) loan-ceilings the value of subsidised loans by the end of the year will exceed €1 billion,” Petrides said.

Under the decisions by the Council of Ministers, the ceiling for loans for house purchase rises to €400,000 from €300,000. The scheme provides for subsidy of interest of 1.5% for four years.

Petrides said that borrowers who already received a loan under the current scheme can apply to receive subsidy for up to €400,00.

“These schemes have assisted our fellow citizens which decided to proceed with a house purchase,” Petrides said noting the scheme has played decisive role in their decision to secure a loan amid the pandemic.

Furthermore, the Cabinet decided to significantly increase the ceilings of eligible loans following the respective increases by the European Union rules.

“The ceilings have more than doubled as set out by the EU and we opted to provide the highest possible subsidy as we believe that this will assist the business world to the highest degree,” Petrides said.

Furthermore, the government decided to utilise different Euribor maturities for loans by the European Investment Bank, the Cyprus Entrepreneurship Fund and the European Guarantee Fund utilising one month, three, six or twelve-month Euribor instead of just six month Euribor pricing.

Asked if the government intends to resubmit a state guarantee scheme for business loans, which the government has withdrawn following disagreement with the parliament, Petrides recalled he has sent letters notifying the political parties of the new government bill, noting however that he awaits their responses.

Replying to a question whether the increased interest rate subsidy scheme could substitute the state guarantee scheme, Petrides said he would rather that both schemes were in force. 26/01
Majority of COVID-19 patients in hospital are not vaccinated
26/01
Ecompet Council proposes boosting Cyprus competitiveness through action in 8 sectors
26/01
Three deaths of COVID patients and 2,546 new cases on Tuesday
26/01
Extension of 'Test to Stay' measure before the Council of Ministers on Wednesday
26/01
With a limited number of flight cancelations and reschedules AEGEAN and Olympic Air reinstate their operations after two days of exceptional weather conditions in Greece