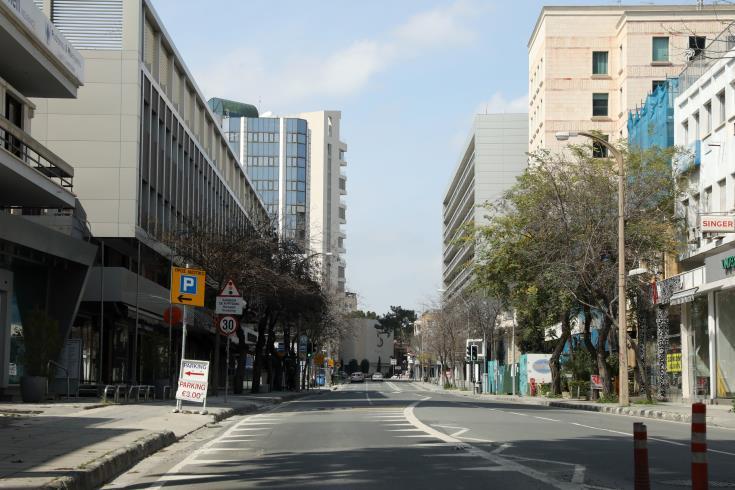 Cyprus local authorities, businesses, NGOs and other bodies have stepped up their effort to contain the coronavirus outbreak, with the postponement of events, the closure of archaeological sites and museums, limiting as much as possible contact with the public and strictly abiding with measures announced by the government.

Schools were shut down March 11 and an effort is ongoing to implement remote learning in public schools.

On March 15 the temporary suspension of operation until the end of April of premises such as restaurants, cafeterias, cinemas, theatres, hairdressers, casinos and events halls. Supermarkets, pharmacies, kiosks and petrol stations were to remain open but to have in place strict measures as to the number of people allowed indoors at any one time.

Cyprus Police, which have been called on to enforce the government decrees, have been monitoring the implementation of measures and have said that so far results are encouraging and that people are responding with a sense of responsibility. Out of 3,000 premises where checks were made only 10 cases were found to have violated the decrees, they have added.

Municipal authorities across Cyprus, District Administration, NGOs and professional bodies have said that they are operating with a smaller number of employees and that they are strictly abiding with measures announced by the government which provide for a distance of at least two meters to be kept between people and for strict rules of hygiene to be kept-up. Many have announced they are going ahead with the sanitization of their premises and other public use areas.

The Department of Antiquities has announced that museums, archaeological sites and ancient monuments will remain closed until the 13th of April, as precautionary measures taken to prevent the spread of the coronavirus COVID-19.  Art galleries have also announced they will not be open for the public during this period.

Cyprus Symphonic Orchestra and its Youth Orchestra have announced that they will not be performing any concerts during this period and will rather publish musical videos on the internet.

The Department of Road Transport also announced that due to the restrictive measures in place to limit the coronavirus outbreak it will extend the deadline for MOTs which should be renewed by March 17 until the end of March.

Archbishop of Cyprus Chrysostomos had called on people not to visit churches until April 10. Church authorities responsible for monasteries in the area of Tamasou and Orinis in Nicosia District also announced as of today the closure of monasteries which are usually open to visitors until April 10, 2020.

Trade unions have called on employees who are still working from their offices such as banks and financial services organisations to abide by hygiene measures announced by authorities in their work space.

Cyprus Maritime Agents have said that they are continuing to offer their services to vessels arriving and departing from the ports of Cyprus, in Limassol, Larnaka and Vassiliko for the import and export of goods and that they are taking all necessary measures on the basis of relevant guidelines issued by authorities.

In statements to CNA senior officer of Civil Defence Nicolas Paris has said the Civil Defence will be acting in a supporting role to other services in the effort. In the meantime, it has also announced that all scheduled training sessions and exercises are being suspended until further notice.

Patient NGOs have welcomed the measures, said that their premises where usually people could visit them would suspend their operations for this period but that rather citizens can reach them by telephone.