Home » News » President: Private and public development are a proof of economic impetus

President: Private and public development are a proof of economic impetus 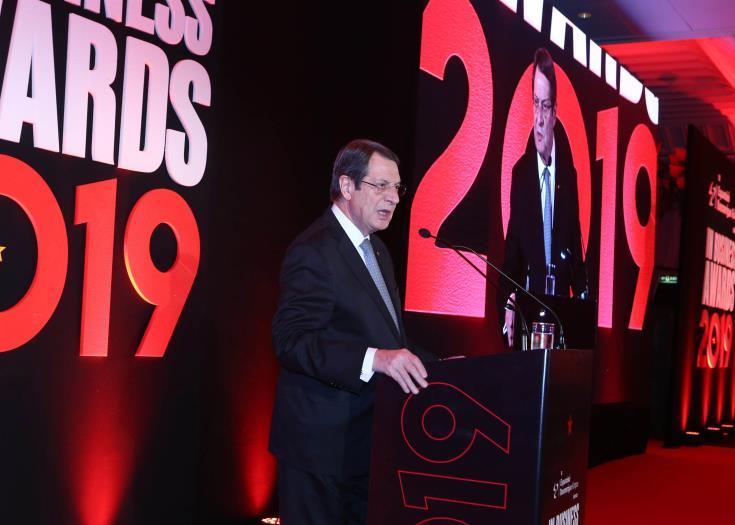 President of Cyprus, Nicos Anastasiades, said that multi-billion private developments and the expenditure for public utilities, also amounting to several billion euros, are proof of the economy’s dynamic development and of restored confidence.

Speaking on Wednesday evening at the “In Business Awards”, in Nicosia, the President said that this comes as a result of a stable economic environment, after prudent and targeted actions by the government, which lends an ear to business people.

The progress achieved so far strengthens our willingness for the target we set, to stabilise and reinforce our economy’s sustainable development an to move on with the comprehensive modernisation of the country, the President added.

He referred subsequently to a number of reforms the government is pushing through in areas like the public sector, local administration, the judicial system, e-governance, research, innovation and in simplifying investment procedures, among others.

He also said that this Friday the House votes on the legislation establishing a Deputy Ministry of Innovation, Reserach and Digital Development, which he called absolutely necessary if Cyprus wants to adjust to the new era.

These reforms will provide a new impetus for business and will consolidate the sustainable development achieved so far, the President concluded.