House Speaker and Egyptian Investment Minister reaffirm will for cooperation 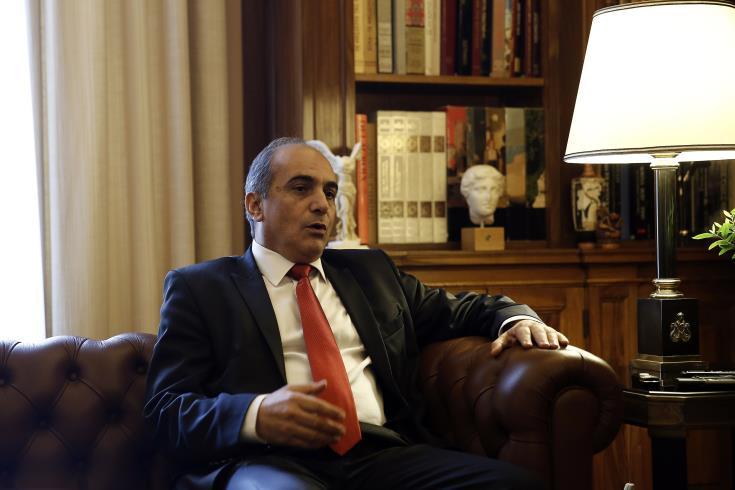 House of Representatives President Demetris Syllouris and Minister of Investments and International Cooperation of Egypt Sahar Nasr, reaffirmed today the two countries will for cooperation in the field of investments during a meeting they had, in Cairo.Syllouris, who is paying Egypt an official visit is received now by Egypt’s President Abdel Fattah Al Sisi.

In a short statement after having had a private meeting with Syllouris the Egyptian Investment Minister said that “the excellent level of relations between our two countries is well known.” She added that the recent exchange of many visits constitutes proof of the excellent ties between our countries.

Nasr added that investments is a sector Egypt is very much interested in and noted that it was discussed at trilateral summit level between Cyprus, Greece and Egypt.

On his part, Syllouris said that during their private meeting he confirmed the great will the Egyptian Minister has “to cooperate with Cyprus.”

CIPA Chairman: Working groups for exchange of information will be established

Replying to CNA questions CIPA Chairman said that already two memorandums of understanding have been signed with Egypt on a bilateral and a trilateral level.

The MoU philosophy is to “make the most of the information we have in the field of investments and to see how to develop relations in areas where Egypt could help Cyrus and vice versa.”

Michael further pointed out that “the key outcome of the meeting is to coordinate in order to establish these two working groups, as is provided for in the memorandum and to go forward from there with the exchange of information between the two countries.”

Replying to another question he said that Egypt is interested in investing in fish farms and agriculture. He also noted that the Ayia Napa Marina is a project constructed entirely by Egyptian investors.

On the other hand, he added that Cyprus may help Egypt acting as a bridge to the European space.

According to CIPA Chairman Cyprus exports its traditional halloumi cheese and pharmaceutical products to Egypt while interest has been expressed by Cypriot businessmen to do business in Egypt, something, he expects they will be able to pursue more easily now that a new investment friendly legislation has been passed in the neighbouring country.