Six additional measures for curbing the spread of the virus 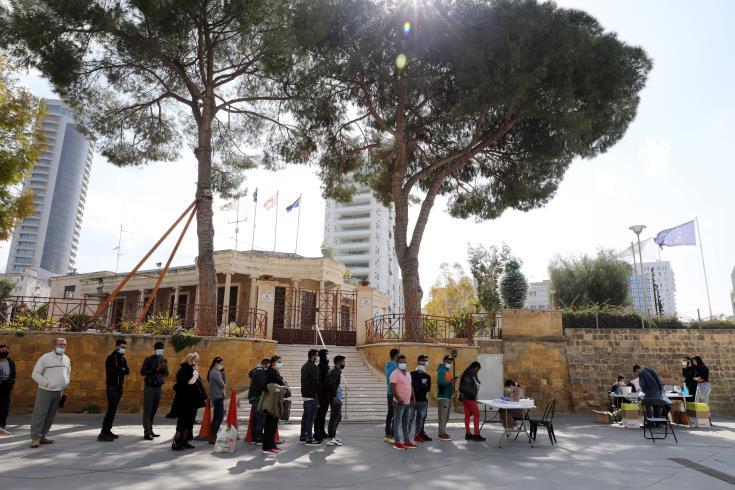 The Government has approved on Thursday six additional measures in order to curb the spread of the coronavirus and allow society and the economy to function, Cyprus Health Minister Michalis Hadjipantela said after the meeting of the Cabinet.

In statements to the Press, the Minister announced the six measures. First, from Monday 6 December until 10 January 2022, all passengers, without exception, entering the Republic of Cyprus through the airports will undergo a mandatory PCR test. The cost of 15 euro will be borne by the passenger.

The second measure, provides as of Monday 6 December until 31 December 2021, for teleworking for the 20% of the staff of each company or organisation in the service sector, excluding essential services as defined in the Decree. It is clarified that this percentage includes people who, due to sickness or a declaration as close contacts of a confirmed case, are self-isolated and working from home, and persons who make use of their annual leave.

According to the third measure, from Monday 6 December until 28 February 2022, all presentations of army reserve soldiers and national guards , are suspended.

The fourth measure provides as of Monday 6 December to 10 January 2022, for the suspension of all Christmas or other events inside and outside shopping centres.

Fifth, any other events, which will be held by municipalities, communities and places of religious worship, will be allowed provided that local authorities and the organisers will be responsible for observing the health protocols and the decree. In case of non-compliance with the protocols, events will be suspended.

The sixth measure concerns the recommendation that all school excursions are not carried out by private parties. School excursions have already been suspended by previous decisions.

Hadjipantela pointed out that the large response of our fellow citizens to the call for vaccination in all districts sends encouraging messages for the management of the pandemic and the shielding of public health. This can be seen, he said, from the mass attendance of citizens at the vaccination centres over the last few days. In particular, in the last 10 days, about 10 thousand of our fellow citizens rushed to receive the 1st dose of the vaccine, while 70 thousand people rushed to receive the 3rd/booster dose.

However, he went on to say, last Friday, the whole planet was put on alert, in the light of the new data presented after the appearance of the “Omicron” mutation, which alerted health authorities around the world.

“It is our duty as Ministry of Health and as Government to respond to these developments, by taking additional measures for the defence of public health and the protection of vulnerable groups”, he said and added that with regard to the week 20-26 November, 26% of positive cases concern minors.

It is for this reason that the Ministry of Health, following experts’ recommendations, proceeded to take protective measures to ensure our children’s health, and also to continue the smooth operation of schools with physical presence.

At this point, Hadjipantela said, as the Ministry of Health and as Government “we respect the opposite view and the right to freedom of expression, however, we strongly condemn all forms of violence, whether physical, verbal or psychological, in relation with the events that came to light in the last few days”.