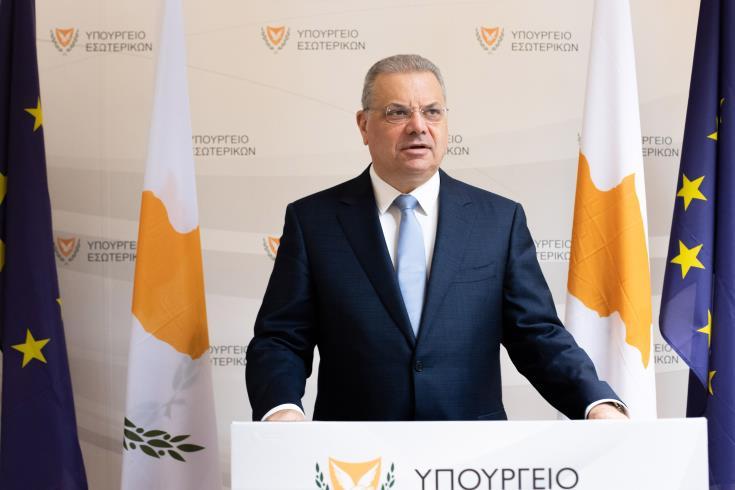 The adoption of a new strategy to attract businesses to the country has led to an "impressive increase of interest" from foreign companies to relocate to Cyprus, Interior Minister Nicos Nouris said on Thursday, adding that in 2021, 5,475 applications were submitted, while unitl the end of August 2022, the competent Department has already received 7,883 applications.

Nouris, who was the keynote speaker at the VIII Best Legal Conference in Limassol, was confident that the government's initiatives and reforms "will create new opportunities for both existing and new businesses which intend to transfer their operations in Cyprus.” a press release by the Ministry said.

In his address he provided a brief overview of laws and regulations to facilitate the employment of foreign nationals, which aim to allow businesses to respond to “this new era of realities created by the pandemic and with the consequences of the recent economic crisis still fresh.”

He pointed out that a Fast-track Activation Mechanism is in effect since 2020 and, as of January 2022, this Mechanism was transformed into a Business Facilitation Unit, operated by the Ministry of Energy, Commerce and Industry. He also spoke of the revised immigration policy for international businesses, for easy relocation of employees from non-EU countries and for family reunification and employment of family members.

He explained that until the end of 2026 existing companies of foreign interests and companies that are registered as such by the Business Facilitation Unit, can freely employ any number of highly skilled third country nationals, without undergoing a market test.

The Interior Minister said that the interest for a Digital Nomad Visa was also high in 2022, as 127 non-EU nationals have applied until August and have been granted a Digital Nomad Visa, which applies for one year and can be renewed for an additional two year-period.

After the introduction of electronic submission of building permit applications, 4,080 applications were submitted to the 5 planning authorities and 3,327 planning permits were granted, he noted.

Nouris also said that since September 15, this fast-track procedure was extended by including larger and more complex developments, and expressed the hope that the House of Representatives will approve a bill seeking to facilitate strategic developments of a value of over 20 million euros, before the end of the year.