Thousands returned to work in Cyprus 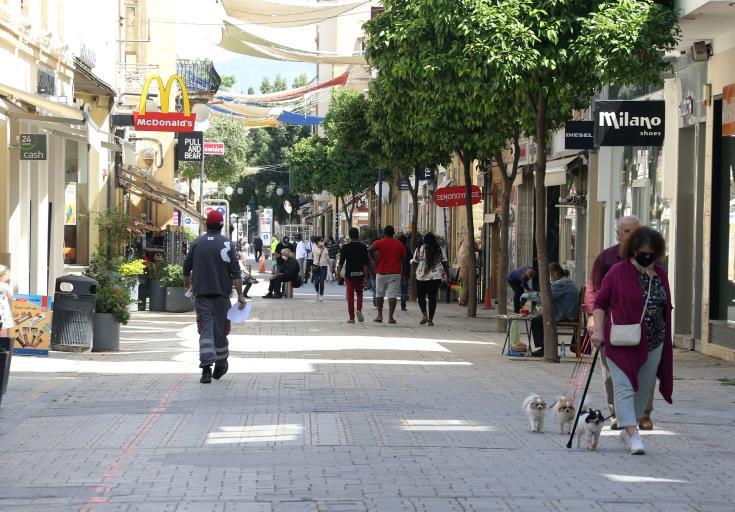 Thousands of employees return on Monday to work, in the public and wider public sector, the retail sector and construction sites, with the Labour Inspection Department having undertaken a massive effort to be able to monitor the implementation of health and safety measures in place, its Director Anastassios Yiannaki has told CNA.

He also points out the importance of the role citizens must play in ensuring that measures are upheld.

After quite a few days during which a great number of businesses was shut, tens of thousands of employees who had been isolated are returning to their work and businesses resume their normal operation, he Yiannaki said.

Referring to preparations made by the Labour Inspection Department he said that last week specific handbooks, questionnaires and leaflets on the prevention and protection measures which should be followed in work spaces have been completed and published on the Department’s website as well as on the website’s of the Ministries of Labour and Health and a COVID-19 website operated by the Press and Information Office in Greek, English, Bulgarian and Romanian. They are also being translated in Turkish and Arabic, he added.

Yiannaki further said that a massive effort was also made on Saturday to train via an electronic platform offered by the European University of Cyprus officers from other government departments who have been asked to help out the Labour Inspection Department in the inspections which will take place in various workplaces.

Supervisors in the various districts have distributed officers in teams of two and have assigned them specific areas, neighbourhoods and commercial streets which they will be inspecting.  About 100 officers are conducting inspections to ensure that health and safety measures are upheld in the work space.

He stressed that inspections will take place not just in urban centers but also in the countryside.

Approximately, he said, around 20,000 businesses in the retail trade are resuming operations with employees reaching about 64,000.

Referring to the public and wider public sector where employees are also returning to work, he said that right now 33,000 people are working in over 750 premises.

He praised the work ethic of many public servants who despite belonging to vulnerable groups or having young children continued during this time to go to work outside their regular working hours, in the evenings, on Saturdays and Sundays.

Referring to construction sites he said that notifications have been sent out to all actors in charge of studying and implementing large projects explaining all the measures which had to be in place before workers returned to the sites.

He also pointed out that if violations are recorded then the Department would use the possibility provided of the imposition of an administrative fine of €300 but added that legislation on the health and safety at work which has already been in place is very strict and includes the possibility of criminal prosecution and a fine of up to €80,000 or a prison sentence of up to 4 years.

He assured however that “it is not our wish to initiate criminal prosecution but rather that every citizen, every employer, every employee needs to understand that we must implement the measures.”