Migrant crisis: With Hungarian border blocked, many head for Croatia

17/09/2015 11:06
A day after Hungarian riot police used tear gas and water cannons to turn back people at the country's border with Serbia, migrants attempting to reach Western Europe were left with a difficult choice:

Go up against Hungary's tough new border defenses yet again or set out once more on a different path toward the European Union's wealthier nations through Croatia.

Frustrations boiled over Wednesday afternoon after Hungary had sealed the final hole in its border with Serbia a day earlier, shutting off a popular route used by tens of thousands of people in Europe's vast migrant crisis.

The move left desperate men, women and children -- most of them fleeing violence in the Middle East -- blocked from entering Hungary by a razor-wire fence.

But the impasse at that entry point into the European Union won't stop the flow of migrants attempting the arduous journey, said Eugenio Ambrosio, regional director of the International Organization for Migration.

"People will continue to try to reach Europe through Hungary, Croatia or any other route that might be available to them," he told CNN.

At the Serbian border crossing of Horgos, the standoff began peacefully enough, with migrants massing early at the border fence, chanting for Hungary to "open the door."

But tensions rose, with some migrants eventually declaring Hungarian authorities had two hours to open the gate before they would attempt to break through.

When the group followed through on the threat, Hungarian security forces, who had brought in armored vehicles, responded with the tear gas and water cannons.

Screams could be heard as a running battle surged back and forth, with migrants waiting for the tear gas to clear before rushing the border fence again, throwing bottles and rocks at the Hungarian forces. Black smoke rose as migrants set tires afire, and Serbian police implored the crowd to retreat.

On Thursday morning, a much smaller crowd was gathered near the fence as many people reconsidered their next move. Officials circulated a leaflet that said the route through Hungary was "closed" and indicated an alternative path through Croatia and Slovenia.

Hungarian government spokesman Zoltan Kovacs told CNN on Wednesday that Hungarian forces had been driven to respond when young men armed with sticks and stones tried to enter the country.

He said he believed CNN footage of the situation did not give a true picture of events.

"An armed mob of a couple of hundreds of people are trying to enter Hungarian territory without any kind of permit," he told CNN's Becky Anderson.

He maintained that "proportionate police force" was used.

Aleksandar Vulin, Serbia's labor and social welfare minister, said his country had protested to Hungary over the use of tear gas into Serbian territory, while German Defense Minister Ursula von der Leyen told CNN's Christiane Amanpour that Hungary's treatment of refugees is "not acceptable."

Hungary's conduct was "against ... European rules," she said, adding that refugees had a right to be treated decently.

Hungary has suspending traffic at the border crossing for up to 30 days, Serbia's Ministry of Foreign Affairs said Wednesday.

Following the closure of the border with Hungary, throngs of people in Serbia are heading west to Croatia as an alternative route into Western Europe.

Their reception from Croatian authorities, who have said migrants are welcome to transit through the country to their next stop in Europe, differed starkly from what they faced in Hungary.

CNN's Ivan Watson witnessed a Croatian police officer greeting migrants by saying, "Come on guys, don't be scared," before they climbed into a waiting police van.


By Wednesday evening, the initial trickle of people who trudged on a dusty dirt road in the direction of Croatia had swelled into a steady stream.

His ministry reported Thursday that 5,650 refugees and migrants had entered the country since early Wednesday. Some of them were at police stations, others were being taken to registration centers, it said.


After Croatia, migrants are expected to try to reach Germany through Slovenia and then Austria.

But the current crisis has prompted some EU nations to reintroduce security measures at borders with other member states.

Some people gathered at the Serbian-Hungarian border said they were wary of taking the Croatian route if it meant they would only end up stuck at yet another closed crossing.

Despite the warmer welcome in Croatia, migrants there could face another threat: landmines.

Medecins Sans Frontieres, one of the aid groups assisting with the refugee crisis, warned about the presence of landmines that were planted during the Balkan conflicts in the 1990s

The Croatian Mine Action Centre estimates about 51,000 mines are still buried from the Balkan Wars that followed Yugoslavia's collapse.

Some of those landmines are close to the Serbian border -- where many of the incoming migrants would be entering.

More than 430,000 migrants have fled to Europe so far this year, the International Organization for Migration said. Many are escaping war, terrorism and poverty in countries such as Syria, Iraq, Afghanistan and Eritrea.

Migrants typically cross the Mediterranean and try to go through Greece, Macedonia, Serbia, Hungary and Austria before finally reaching Germany or other European countries known to be welcoming to refugees.

The EU is still trying to figure out how to distribute 160,000 migrants -- and whether to set quotas for member countries to absorb them.

"The crisis is moving quite fast -- and unfortunately is moving much faster than the response that was put in place by all the concerned governments," said Ambrosio of the International Organization for Migration. 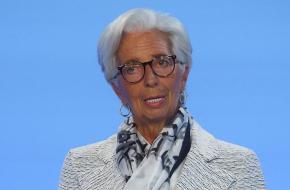 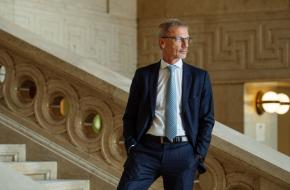 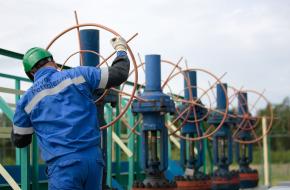 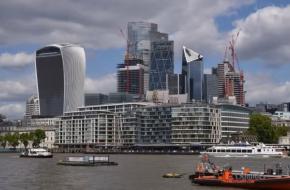