20/08/2009 12:44
The Swiss government is selling its 6 billion-Swiss franc ($5.6 billion) investment in UBS AG, the country’s biggest bank, a day after signing an agreement with the U.S. on data on bank clients suspected of evading taxes.

The government gave a mandate to three Swiss and foreign banks to sell 332.2 million UBS shares, Peter Siegenthaler, director of the federal finance administration, said by phone. The state is selling the shares at 16 francs to 16.50 francs apiece, after UBS closed at 16.74 francs yesterday, according to terms of the offering obtained by Bloomberg News.

The Swiss government bought UBS mandatory convertible notes last year to help the Zurich-based bank split off toxic assets amid the worst economic crisis since the Great Depression. The settlement of a U.S. lawsuit that sought data on as many as 52,000 UBS clients and the bank’s 3.8 billion-franc capital increase in June strengthened confidence in the bank, the government said.

“The exit is a positive signal, as it shows the confidence of the Swiss government regarding the situation of UBS,” Stefan Schuermann, an analyst at Vontobel with a “hold” rating on the stock, said in a note. “The placement increases UBS’s flexibility in rebuilding its franchise and will help to keep or hire key employees.”

UBS was little changed at 16.71 francs by 9:38 a.m. in Swiss trading. UBS shares have risen 11 percent since the U.S. and Switzerland said they had reached an agreement in principle on the tax lawsuit on July 31.

The Swiss Confederation will waive its right to receive future coupons on the mandatory convertible notes for a cash amount of approximately 1.8 billion francs, representing the present value of the future coupon payments, UBS said.

The government expects to make a “significant profit” on the stake sale, Siegenthaler said.

Swiss and U.S. authorities said yesterday that UBS will divulge information on 4,450 accounts to settle a U.S. lawsuit that sought names of American clients suspected of evading taxes. The bank, which won’t pay any fine under the agreement, will transfer the data to the Swiss government, which will then decide what information gets passed on.

“At the moment, it wouldn’t be a bad deal” to sell the UBS investment, Swiss Finance Minister Hans-Rudolf Merz said at a press conference in Bern.

The government intends to convert the mandatory convertible notes on Aug. 25, when UBS will also make the cash payment in lieu of future coupons, the bank said in a separate statement.

The government intends to sell UBS shares to institutional investors.

UBS’s share capital will increase to 355.8 million francs from 322.6 million francs, UBS said in the statement. The transaction will have no material effect on the bank’s third- quarter earnings, though it will reduce its Tier 1 capital ratio by 60 basis points, it said. A basis point is 0.01 of a percentage point.

UBS, the world’s second-biggest manager of money for the rich, admitted in February to participating “in a scheme to defraud the U.S.” and agreed to pay $780 million and disclose the names of more than 250 clients who allegedly hid assets from the IRS. A day later, the IRS sued the bank for information on as many as 52,000 clients.

UBS Chief Executive Officer Oswald Gruebel and Chairman Kaspar Villiger have said they aim to wean the bank off government support as quickly as possible. Gruebel has cut 7,500 jobs, sold a Brazilian unit, replaced three executive board members and tapped investors for more capital since joining UBS in February to help restore the bank’s profitability and reputation. 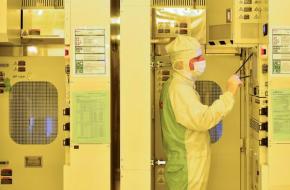 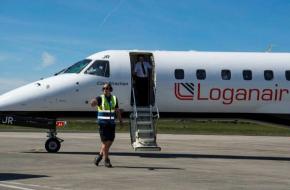