Cyprus recorded the biggest reduction of NPLs in the EU 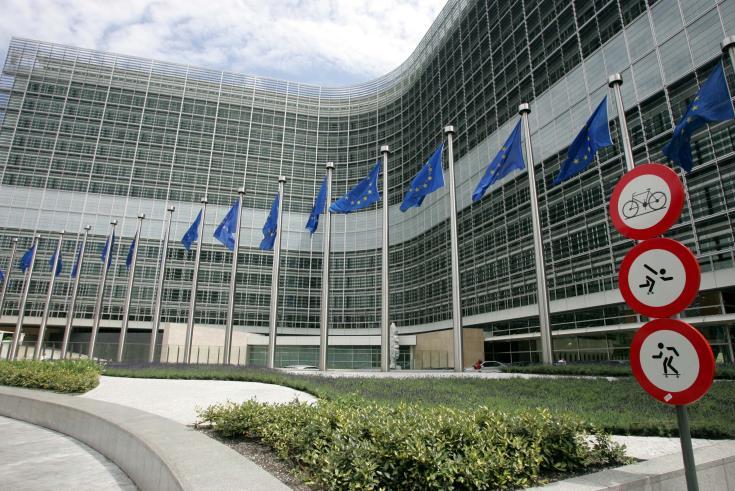 In its fourth progress report on the reduction of non-performing loans (NPLs), the Commission today confirms that NPL levels are continuing their downward trajectory towards pre-crisis levels. The ratio of NPLs in EU banks has come down by more than half since 2014, declining to 3.3% in the third quarter of 2018 and down by 1.2 percentage points year-on-year.

The College of Commissioners adopted also a report on the Deepening of the Economic and Monetary Union, the next steps for the Capital Markets Union and the strengthening of the international role of the euro, as a global currency.

More specifically, ccording to the staff working document sent to the Council of the Member states, the Commission states that risk reduction in the EU banking sector has maintained the strong momentum, built up over the past years. Risks continue to be substantially and more evenly addressed across the Union, based on economic growth and relevant policy actions. This Progress Report therefore constitutes an important contribution to the European Council in June.

As elaborated in this Progress Report, NPLs in the Union are continuing their declining trend. The robustness of this downward move should encourage the Union and its Member States to keep up their collective endeavours in order to convincingly address remaining NPL stocks and prevent future accumulations thereof. Particularly in some Member States, NPL ratios remain a challenge and deserve continued attention.

All elements of the Action Plan agreed by the Council in July 2017 have either been accomplished or are ongoing. The Commission calls on all stakeholders, both at national and European level, to finalise the remaining ongoing actions without delay.

In particular, the Commission calls on the European Parliament and the Council to swiftly agree on all elements of the comprehensive package of legislative measures proposed in March 2018 to tackle NPLs. This package, together with the marked advances in the reduction of NPLs, in cooperation with the EBA, the ECB and the European Systemic Risk Board, is imperative to support the ongoing collective work to reduce remaining risks in the European banking sector and would facilitate, in particular, the completion of the Banking Union.

On the deepening of the EMU, ahead of the Euro Summit of 21 June, the Commission invites EU leaders to proceed with the following:

To reach an agreement on the main features of the Budgetary Instrument for Convergence and Competitiveness with a view to supporting a swift adoption by the European Parliament and the Council. To agree on its size in the context of the Multiannual Financial Framework.

To finalise the changes to the Treaty establishing the European Stability Mechanism with a view to a swift ratification by the euro-area Member States, including an operational and effective common backstop, the provision of liquidity in resolution and active and effective precautionary instruments. To preserve a clear delineation of responsibilities between actors and the possibility to adjust the EU Single Rulebook for banks according to the Community method. To integrate the European Stability Mechanism into EU law over time.

To make a renewed effort to complete the Banking Union starting with political negotiations on the European Deposit Insurance Scheme.

To accelerate progress on the Capital Markets Union and step up work to strengthen the international role of the euro.

Euro area governments have saved €70 billion in interest payments annually on average since the introduction of the euro, according to Commission calculations.

The argument that devaluations – which would be possible outside a currency union – could solve structural economic problems does not hold true. For example, between 1979 and 1992, the Italian lira was devalued seven times against the German currency, losing around half of its value. Yet, over that period, productivity growth in Italy was lower than in the other countries that later formed the euro area together, GDP growth rate was roughly the same, and unemployment went up by 1.3 percentage points. At the same time, inflation was 223%.

Furthermore, the euro has brought increased price stability. Since the introduction of the euro, the monthly inflation rate has averaged 1.7%. By contrast, inflation in the 11 EU Member States that in 1999 formed the euro area averaged about 3% in the decade prior to the introduction of the euro, and 4.5% the two decades before that. This has been particularly important for southern Member States: average annual inflation between 1980 and 1999 was 6.7% in Spain, 11% in Portugal and 14% in Greece compared to 2.1%, 2%, and 2%, respectively, between 2000 and 2018. Lower borrowing costs and greater predictability have made it easier and cheaper to borrow money. That means European citizens can get cheaper mortgages, and European businesses can finance investment at lower cost.

Finally the European Commission reiterates that the EU economy is growing for the 7th year in a row, 13.4 million jobs created in the EU since the start of the Juncker Commission, EU unemployment stood at 6.4% in April 2019, the lowest rate recorded since the start of the century, the employment level is the highest ever, with 241 million people employed in the EU and 160 million people employed in the euro area and wages, which declined in the aftermath of the crisis, are growing again, in particular since 2017. Wages per employee have increased by around 10% in both the EU and in the euro area between 2014 and 2019.