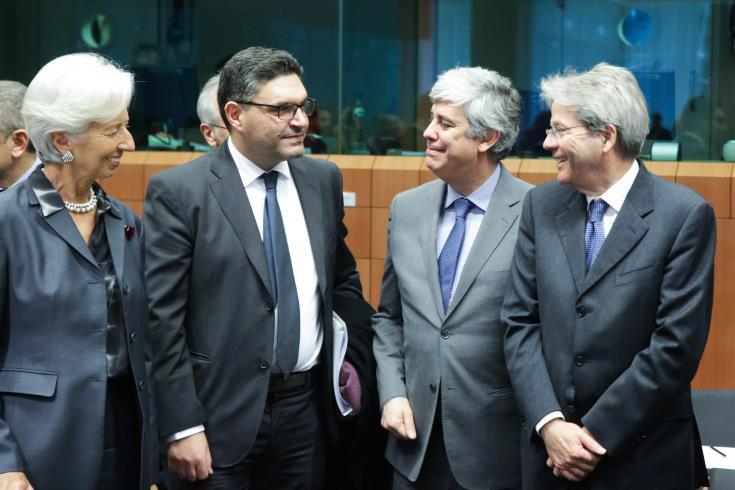 Minister of Finance Constantinos Petrides welcomed the EU Summit decisions on the next EU budget and the Recovery Fund noting it is “particularly beneficial” for Cyprus.

Cyprus will receive more than €2.7 billion from the next EU budget and the Recovery Fund, he noted.

In a written statement, Petrides said the Cypriot authorities have begun drafting of the national recovery fund, adding that vision and consensus is needed if Cyprus was to absorb the available funds in the maximum extent possible.

As Petrides noted, the funds attributed to Cyprus through the 2021 – 2027 Multiannual Financial Framework amount to €1.45 billion, mainly through the instruments of cohesion policy, common agricultural policy and asylum, while in the negotiations during the previous weeks, Cyprus secured an additional €250 million compared to the European Commission’s proposal in May.

Furthermore, he added that Cyprus secured €1.3 billion from the EU Recovery Fund for reforms aiming to establish a competitive economy, smart and sustainable growth mainly in the fields of green growth and digital transition.

According to Petrides, to absorb the funds from the Next Generation EU, Cyprus should submit a three-year reform and investment plan to the EU Commission by end-2020, that should be based on EU country specific recommendations as well comply with the EU priorities regarding green and digital transition.

Furthermore, disbursements will depend on satisfactory compliance with the relevant deadlines and targets to be agreed with the EU Commission and will be approved by the EU member-states, he added, noting that both and Cyprus plan to earmark these funds by 2023 and implementing reforms and investments by 2026.

Repayments to EU by member-states is scheduled to begin on 2027 with special arrangements, he said.

“Undoubtedly this is an auspicious plan which could transform the country and which complies with the priorities and vision of Cyprus for the coming years, such as building a digital economy, digital education and green growth,” Petrides added.

“Drafting this auspicious plan requires and the maximum possible absorption of the available funds will require vision, good planning and responsibility by all, government and opposition alike,” he went on to say.

Noting that the drafting of Cyprus’ recovery plan has already begun, Petrides said he will provide further details after the plan is finalized and will hold consultations with all political parties “so that the plan will secure the greatest consensus possible which is a prerequisite for the plan’s implementation to the benefit of the society and the next generation.”