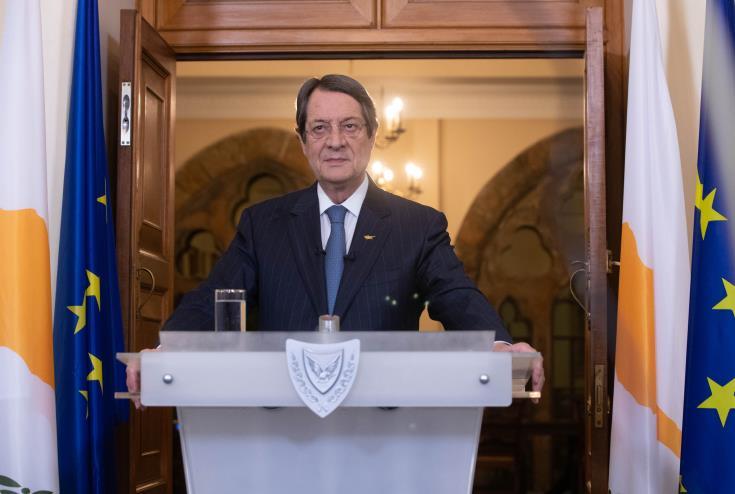 President Anastasiades expressed his full satisfaction with the European Council Conclusions on the Multiannual Financial Framework 2021-27 and the Recovery Fund, in a written statement issued following EU27 Summit in Brussels.

More specifically the President stressed the following: "I express my full satisfaction because after many days and intensive negotiations, Cyprus has achieved the economic goals it had set in relation to the MFF and the European Union Recovery Plan".

As he noted more specifically, “after the agreement reached, Cyprus will be able to raise a total amount of over € 2.7 billion. Therefore, the amount of € 1,451 billion will be raised from the Multiannual Financial Framework 2021-2027, while the rest from the Recovery Fund, aimed at addressing the consequences of the pandemic and promoting the development of the Cypriot economy".

"A detailed analysis of the distributions will follow at a later stage in the context of a press conference to be held in the coming days by the Minister of Finance", the President stated.

"In addition, in view of Turkey`s delinquent behavior and following my intervention, a provision was included according to which the financing of third countries, including Turkey, by the European Union, is subject to their respect for the principles of the Charter United Nations and International Law", he concludes.