Home » News » Anastasiades to hold teleconference with Merkel on Thursday

Anastasiades to hold teleconference with Merkel on Thursday 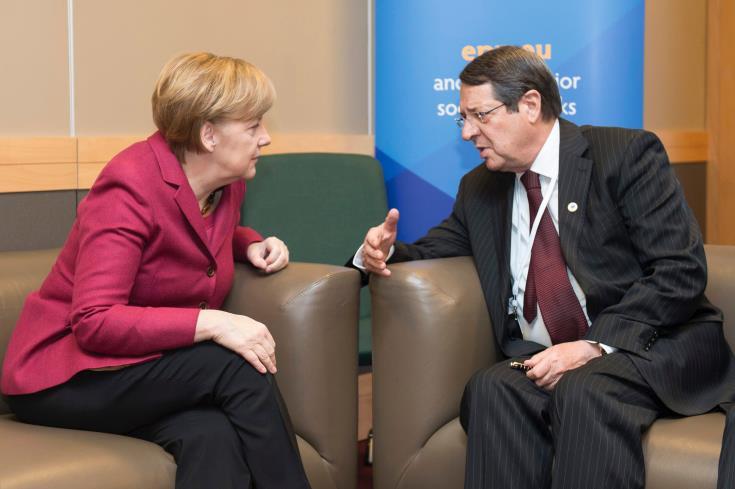 President of the Republic Nicos Anastasiades will participate in a teleconference with German Chancellor Angela Merkel on Thursday March 4, at 18.30 local time at the Presidential Palace, the Presidency has announced.

Director of the Press Office of the President of Cyprus, Viktoras Papadopoulos, told CNA on Tuesday that main topics of discussion will be the Cyprus issue and the upcoming informal conference on Cyprus, convened by the UN Secretary General and the preparation for a success prospect of this meeting to find common ground to resume the Cyprus talks, as requested by the UN Secretary-General.

The focus of the discussion will be the informal conference on Cyprus and how the EU will contribute to its success, since the EU wants and can contribute, Papadopoulos told CNA. He added that during the discussions with Merkel and  Borrell they will also discuss about the European Council meeting to take place on 25 and 26 of March, during which the EU-Turkish relations will be assessed.

The President of the Republic wants to examine the issue of Turkey`s acceptance and implementation of international law and European principles and values and the fulfillment of its EU obligations towards the EU member states as well as its contribution to the settlement of the Cyprus problem, he added.

Meanwhile, on Sunday March 7, UNSG`s envoy Jane Holl Lute will be in Cyprus to be received on Monday by President Anastasiades. She will also meet with the Turkish Cypriot leader to prepare the informal meeting.

Cyprus has been divided since 1974, when Turkey invaded and occupied its northern third. Repeated rounds of UN-led peace talks have so far failed to yield results. The latest round of negotiations, in July 2017 at the Swiss resort of Crans-Montana ended inconclusively. The UN Secretary-General invited all parties involved to attend an informal five-plus-one meeting on the Cyprus issue in Geneva, Switzerland, from 27 to 29 April 2021.