Home » News » Borrell and Ferreira: A Cyprus settlement to benefit the island and the EU

Borrell and Ferreira: A Cyprus settlement to benefit the island and the EU 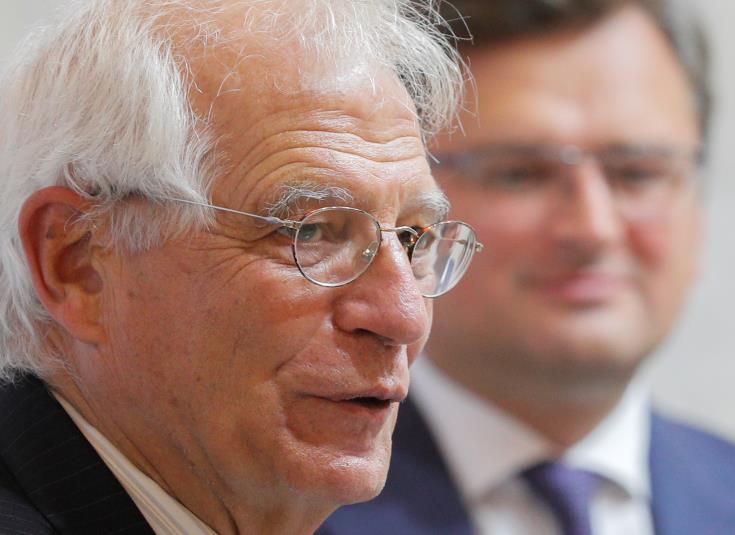 High Representative of the Union, Josep Borrell, and European Commissioner, Eliza Ferreira, issued a Joint Statement on the electoral process in the Turkish Cypriot community, stating that a solution to the Cyprus problem would be to the benefit of Cyprus and the EU in general.

More specifically, the High Representative and the Commissioner stated that "the Turkish Cypriot community selected Mr. Ersin Tatar as its new leader. It is important now to see a constructive engagement with a view to reaching a comprehensive settlement and reunification."

"The European Union supports the resumption of negotiations, under the auspices of the United Nations (UN), and remains fully committed to a comprehensive settlement of the Cyprus problem, and of reunification based on a bi-zonal, bi-communal federation, within the UN framework and in accordance with the relevant UN Security Council (UNSC) resolutions, including UNSC resolutions 550 and 789, and in line with the principles on which the EU is founded. A solution to the Cyprus problem would be to the benefit of Cyprus and the EU in general", they note.

"The EU stands ready to play an active role in supporting these negotiations. A stable and secure environment in the Eastern Mediterranean and the development of cooperative and mutually beneficial relationships amongst all partners in the region, bilaterally and multilaterally, is in the EU’s strategic interest" the High Representative and the Commissioner reiterate.

Cyprus has been divided since 1974, when Turkey invaded and occupied its northern third. The latest UN backed round of talks took place in the Swiss resort of Crans Montana but failed to yield any results.