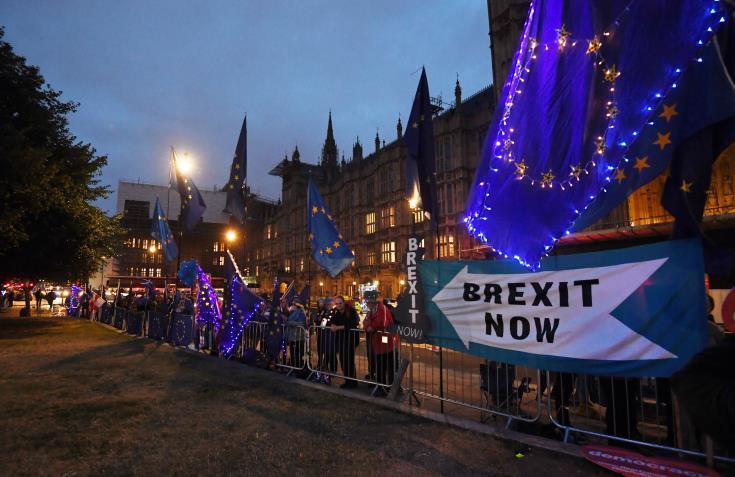 British Prime Minister Boris Johnson informed, during a telephone conversation, on Wednesday evening, the President of Cyprus Nicos Anastasiades over the latest developments regarding his county’s withdrawal from the European Union.

According to a written announcement by Government Spokesman Prodromos Prodromou, the President of Cyprus reiterated the support of the Cyprus government to the decision for an orderly withdrawal, while the two men also discussed bilateral issues.

Moreover, President Anastasiades informed in detail the British Premier about Turkey’s threats with regard to Famagusta, the continuous violations in Cyprus’ exclusive economic zone as well as the hindrance caused by the Turkish side in efforts to resume settlement talks in Cyprus, the announcement from the Presidency of the Republic says.

Prime Minister Johnson reiterated UK support to the sovereign rights of the Republic of Cyprus and to the efforts to reach a comprehensive settlement of Cyprus through negotiations, on the basis of UN resolutions, Prodromou concludes.

Cyprus has been divided since 1974, when Turkish troops invaded and occupied 37% of its territory. Repeated rounds of UN-led peace talks have so far failed to yield results. The latest round of negotiations, in the summer of 2017, at the Swiss resort of Crans-Montana ended inconclusively.