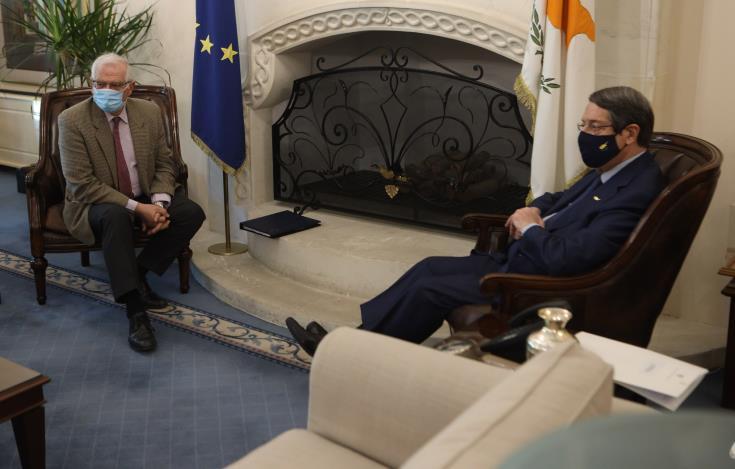 The EU is strongly committed to support efforts for the resumption of Cyprus talks, its High Representative, Josep Borrell said after a meeting on Friday morning with the UN Secretary-General`s Special Representative in Cyprus, Elizabeth Spehar, at the UN offices in Nicosia UN protected area.

Borrell said in a post on his Twitter account that he started his mission to Cyprus with a debrief by the UN. "The UN work on the ground is essential for confidence building. Upcoming UN informal 5+1 talks provide an opportunity towards an urgently needed resumption of talks," he added.

Moreover, he stressed that "the EU is strongly committed to support these efforts."

Cyprus has been divided since 1974, when Turkey invaded and occupied its northern third. Repeated rounds of UN-led peace talks have so far failed to yield results. The latest round of negotiations, in July 2017, at the Swiss resort of Crans-Montana, ended inconclusively. The UN Secretary-General invited all parties involved to attend an informal five-plus-one meeting on the Cyprus issue in Geneva, Switzerland, from 27 to 29 April 2021.