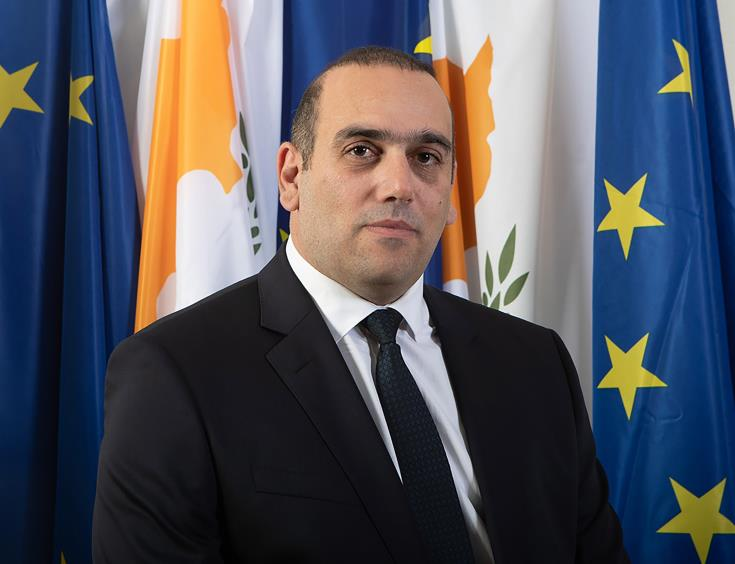 The Council’s agreement on its position on the revision of the draft regulation on the development of trans-European Transport Networks (TEN-T) could bring more opportunities for the use of European funds towards the construction, maintenance, modernisation and development of infrastructure, including through co-financing of projects such as the Palaihori - Argos highway, Transport Minister Yiannis Karousos said on Tuesday, commenting on the discussions held on Monday in the Transport Council of the EU.

Karousos expressed satisfaction regarding the adoption of the Council's general approach for the revision of the regulation for the development of the Trans-European Transport Network (TEN-T) and the fact that Cyprus is now included in two transport corridors, and not just one.

He added that Cyprus is "achieving improved connectivity through two European corridors, with a total road network of 17,700 kilometres, 33 ports and 29 airports", increasing connectivity with the member states of the EU, with partners in the Western Balkans as well as with Ukraine and Moldova.

In particular, Karousos stressed that there have been improvements in the draft regarding Cyprus, since the country is added to a second corridor, increasing connectivity from 5,850 to 17,700 network kilometres, from 16 to 33 ports and from 15 to 29 airports.

The Minister pointed out that TEN-T now also includes the Palaihori - Agros highway, which means that the project will be eligible for co-financing from European funds.

"The inclusion in two trans-European networks also offers Cyprus better chances to receive European funds for the construction, maintenance, modernization and development of its infrastructure," Karousos pointed out.

According to a separate statement on the results of the Transport Council, the addition of Cyprus to an additional TEN-T corridor was achieved in close cooperation with the Czech Presidency of the Council of the EU, the Commission and the Transport Ministers of Greece and Malta.

The original draft regulation provided for the participation of Cyprus in one European Corridor, that covering the Western Balkans and the East Mediterranean, which includes Cyprus, Austria, Bulgaria, Greece, Italy, Croatia, Slovenia and the Western Balkan countries.

In practice, the inclusion of Cyprus in two trans-European networks offers better opportunities to raise European funds for the construction, maintenance, modernization and development of infrastructure, for example through the inclusion of the Cypriot road network which includes the new Palaihori - Agros highway.

During the meeting, the Commission also presented its road safety priorities for 2023, referring to the fact that in 2021 there was a 6% increase in road fatalities compared to 2020.

The Transport Minister also pointed out that according to statistics from the European Transport Safety Council, there has been a significant increase in the numbers of food delivery drivers, which increases the chances of them being involved in road collisions. In this context, he said that the Commission should improve this sector in its planning for 2023, and referred to measures prepared by the Cypriot government.

Finally, during the discussion following the briefing of the Council by the French Minister of Transport on enhancing sustainability in air transport, Karousos stressed that maintaining satisfactory levels of air connectivity for island Member States and Member States located in the periphery of the EU has been, and remains, a priority for Cyprus.

He stressed that Cyprus supports the sustainability of transport and the decarbonisation of the aviation sector through the FitFor55 legislative package, but added that the essential nature of aviation for countries like Cyprus should be recognised.