SSM: Caution over amendments to the Cyprus foreclosure framework 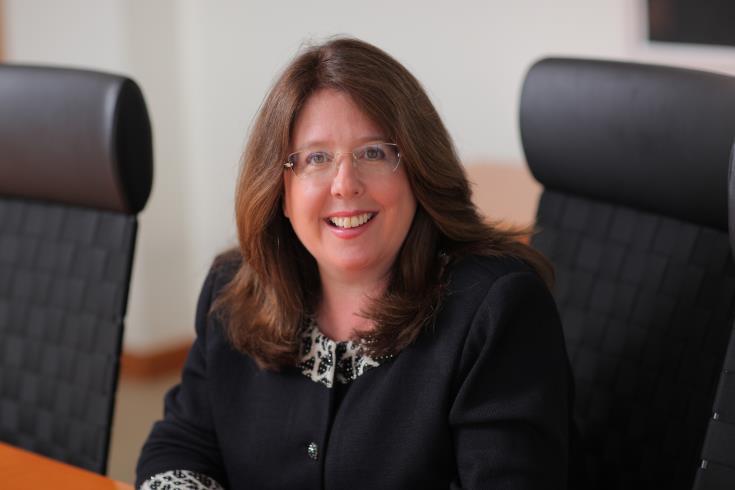 Elizabeth McCaul, Member of the Supervisory Board of the ECB, advised caution over possible amendments to the Cyprus foreclosure law stressing that “such policies can also backfire and destabilise the banking sector if designed in a haphazard manner.”

In an interview with CNA, McCaul also pointed out that last year’s amendments to the framework, enabling recourse to the Financial Ombudsman for breach of the Code of Conduct and extending various timelines of the various steps of the procedure, “risk a negative impact on banks and may cause further delays.”

The ECB official acknowledged the progress in the island’s banking sector in reducing its non-performing loans (NPLs) since the 2013 financial crisis and in the midst of the Covid pandemic but she advised caution due to “the great uncertainty about the overall impact of the pandemic on borrowers and thus on bank balance sheets.”

“By all accounts, the NPL ratio in Cyprus remains high and the effects of the pandemic are still a source of uncertainty”, she stressed.

On the Cypriot authorities plan to convert KEDIPES, a state-owned asset mandated to wind down NPLs of the former Cyprus Cooperative Bank, McCaul said that such solutions, if appropriately designed, can complement banks’ own efforts by offering additional options to tackle NPLs more swiftly, but she noted that “close attention is required to mitigate the risks of the scheme, as well as concerns regarding overall payment discipline.”

Cypriot banks and the Covid pandemic

Asked on the Cyprus banking sector’s course amid the coronavirus pandemic, McCaul said that compared with the 2013 crisis, Cypriot banks are now better prepared to deal with an increase in distressed debt.

“Their capital positions today are stronger than they were in the immediate post-crisis period and there has been significant progress in making their balance sheets more resilient,” the ECB official said, recalling that according to Central Bank of Cyprus data, NPLs in Cyprus declined by €23.2 billion between December 2014 and December 2020.

However, McCaul said that even though the first moratorium expired at the end of 2020, we need to keep in mind that we are still in a period of great uncertainty about the overall impact of the pandemic on borrowers and thus on bank balance sheets.

Moreover, she noted that we haven’t yet seen the potential effects of the full withdrawal of fiscal support measures materialise on bank balance sheets and that we don’t yet know whether certain sectors will struggle more than others once the support is no longer available.

“What we do know from experience is that credit impairments typically emerge only after some delay, and we know that we do not yet have data on potential future bankruptcies that may be latent on balance sheets now”, McCaul said, adding “consequently, Cypriot banks need to be prepared for the impact of the pandemic on their balance sheets and plan proactively.”

On amendments to the foreclosure framework

Asked to comment on lawmakers plans to amend the framework on foreclosures, McCaul policies borrowers can benefit the economy and banks alike if they are properly designed and implemented.

But she cautioned that “such policies can also backfire and destabilise the banking sector if designed in a haphazard manner.”

“So, the right mix has to be found,” she went on to say, noting that that while banks have reduced NPLs on their balance sheets, it does not mean that debts have magically disappeared: they are still present elsewhere in the Cypriot economy. Adequate policies must therefore be in place.

She additionally pointed out that the amendments made to the foreclosure framework last year, enabling recourse to the Financial Ombudsman for breach of the Code of Conduct and extending the timelines of the various steps of the procedure, “risk a negative impact on banks and may cause further delays.”

Invited to comment on the government’s plans to convert the state-owned asset manager, KEDIPES, to system wide “bad bank”, McCaul said Cyprus banks may have significant progress in reducing NPLs, but noted that “however, by all accounts, the NPL ratio in Cyprus remains high and the effects of the pandemic are still a source of uncertainty”.

She pointed out that that increased and sustained efforts, together with growth-oriented economic policies, will be required to substantially reduce NPLs. “As banking supervisors, we welcome broader possibilities for banks to reduce NPLs: from securitisations to establishing well-designed asset management companies. If appropriately designed, state-supported solutions for promoting NPL disposal can complement banks’ own efforts by offering additional options to tackle NPLs more swiftly,” she added.

McCaul said the success of asset management schemes as an effective solution to reduce NPLs depends on many factors: a well-functioning foreclosure framework is critical, as is the feasibility of the scheme’s time horizon and the type of assets transferred to the scheme such as retail versus corporate exposures.

Noting that plans to extend the existing scheme to a national level still need to be finalised, the ECF official said “close attention is required to mitigate the risks of the scheme, as well as concerns regarding overall payment discipline.”

Replying to a comment that mergers and acquisitions are necessary in Cyprus “overbanked” sector amidst challenges such as low profitability and growing competition from fintechs, McCaul said that decisions on mergers and acquisitions must be made solely by market participants, while the supervisor’s role is neither to push for nor hinder consolidation.

She said that “there is indeed a problem of overcapacity in some countries, which can be dealt with in different ways,” with consolidation being one of the possible options: well-designed and properly executed consolidation projects can help address long-standing structural issues, such as low profitability and overcapacity.

“However, consolidation is not the only option available to improve structural profitability and cost efficiency in the Cypriot banking sector,” McCaul said, pointing out that for example, for institutions with extensive branch networks, digitalisation could produce significant cost savings if supported by efficient internal governance and reorganisation.

Stating that the “one of our supervisory priorities is the assessment of banks’ business models and profitability, also in the light of increasing digitalisation, which has received a boost from the pandemic situation and physical distancing rules,” McCaul said in this regard, our supervisory teams will continue to closely monitor the strategic plans of banks and the underlying measures they implement in order to deal with structural deficiencies.

Furthermore, McCaul said European banks have demonstrated considerable resilience during the pandemic thanks to both the extraordinary coordinated public policy measures and the efforts to strengthen their fundamentals since the great financial crisis through regulatory reforms, including the creation of ECB Banking Supervision.

But she noted that looking ahead, a few challenges remain, with the major two associated with asset quality and persistently low profitability in the banking sector.

Invited to comment SSM Chair Andrea Enria’s comment that that 40% of supervised banks follow outdated credit risk practices and whether that also apply to Cypriot banks, McCaul said referred to the overall picture of banks under the SSM remit.

“About 40% of the banks are falling short of what we expect regarding their provisioning practices, the classification of their loans, flagging forbearance measures, and the strength of their operational capability to prepare for the expected increase in NPLs,” she said.

As she noted, “rather surprisingly for a crisis situation, in some portfolios we discovered improvement in credit risk parameters (ratings), especially for probability of default”.

“This may be the result of banks not fully including the impact of 2020 in their risk estimates yet, relying instead on 2019 borrower financials. And we need to consider whether some support measures such as public guarantees may be the reason behind better ratings and if so, whether such improved ratings will be sustainable over the longer term,” the ECB official said, noting that these concerns are being addressed, also thanks to the persistence of our supervisors.

Noting that, banks with higher shares of loans under moratoria may face challenges in recognising risks on a borrower-by-borrower basis, McCaul added this has to improve – credit risk practices need to be enhanced to overcome these challenges. “Banks need to be forming a clear picture of potential underlying credit deterioration and providing the required transparency. In this regard, we are monitoring banks’ provisioning practices closely,” she said. 23/05
DBRS on StockWatch: High inflation will be temporary
23/05
Capital Group’s €8bn European bank sell-off was driven by single fund manager
23/05
CBC Governor: Growth to decelerate, inflation to spike due to geopolitical tensions
24/05
Lebanese banks’ branches in Cyprus to shut down