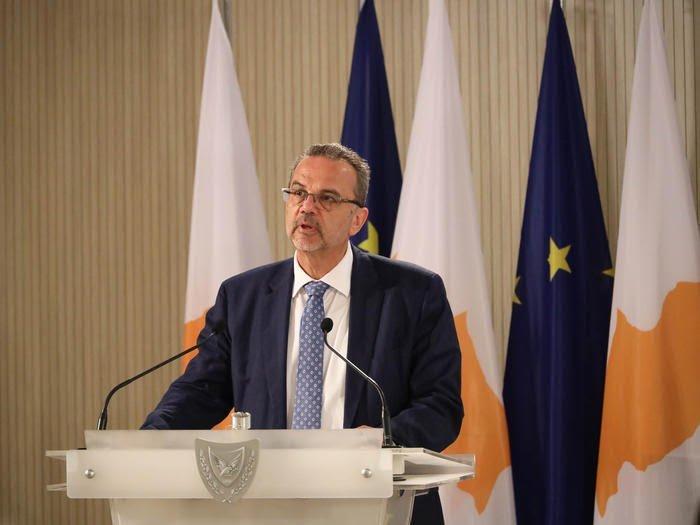 Deputy Minister of Research, Innovation and Digital Policy Kyriacos Kokkinos discussed digital skills development and the need for experts in cybersecurity during his participation in the Transport, Telecommunications and Energy Council of the European Union which took place in Brussels on Tuesday.

During the discussion on digital skills, Kokkinos referred to the need to create a strong ecosystem by focusing on policies for upgrading of skills, citing as possible examples the development of funding programmes focusing on digital skills, the modernisation of education, as well as deepening cooperation with industry.

Kokkinos stressed that cybersecurity should be a priority as there is currently a shortage of 200,000 specialists in Europe. He also briefed his counterparts about the adoption of the National Action Plan for Digital Skills which Cyprus adopted in 2021.

During a working lunch, the 27 ministers exchanged views on the European Union's open strategic autonomy and digital supply chains.

Kokkinos noted that strategic autonomy should be a key objective of the EU and highlighted in particular the need to reduce strategic dependencies and increase resilience, while maintaining openness and global cooperation with partners sharing the same principles and values.

In this context, he referred to Cyprus's support for the European initiative regarding the Global Gateway Strategy, which aims at enhancing the security of global infrastructure and supply chains in third countries.

The Council also adopted negotiating positions (general approaches) on two pieces of legislation: the Regulation on the establishment of harmonised rules for Artificial Intelligence and the European Digital Identity (eID) which creates requirements for common technical standards for the issuance of digital identity cards by member states.

The Deputy Minister said that Cyprus supports the two proposals and pointed to the National AI Strategy and the implementation of a National eID and Digital Wallet Plan in the country.

The session was also attended via teleconference by the Deputy Minister of European Affairs of the Ministry of Digital Transformation of Ukraine, Valeriya Ionan.