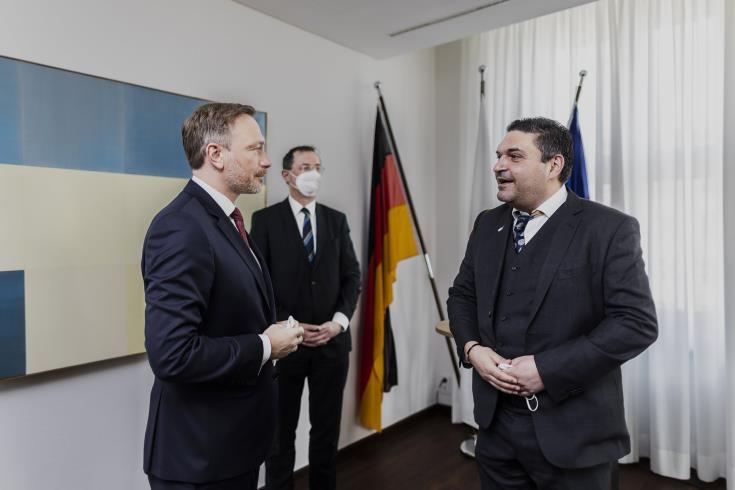 Cyprus and the German Public Consulting Company, PD on Thursday signed a memorandum of understanding, aiming to set up a consulting company base on the German model.

In a meeting today, Lindner and Petrides discussed the economic fallout of the war in Ukraine, the state of play and the challenges facing Europe, placing special emphasis on the inflationary pressures and the drafting of suitable fiscal and energy policies.

The German PD, Berater der öffentlichen Hand Gmbh, is responsible for promoting reforms, project management, and the digitisation process in the public and broader public sector.

According to the Cypriot Finance Ministry, the MOU aims to promote cooperation between the two countries with the aim to set up a consulting company on the basis of the German model, rendering Cyprus the first among the European countries to participate in a network of specialised services in issues pertaining to reform and digitisation of the public sector.

The press release said the Cypriot Finance Minister aims to submit a proposal to the Council of Ministers for the establishment of the Cypriot entity in April.