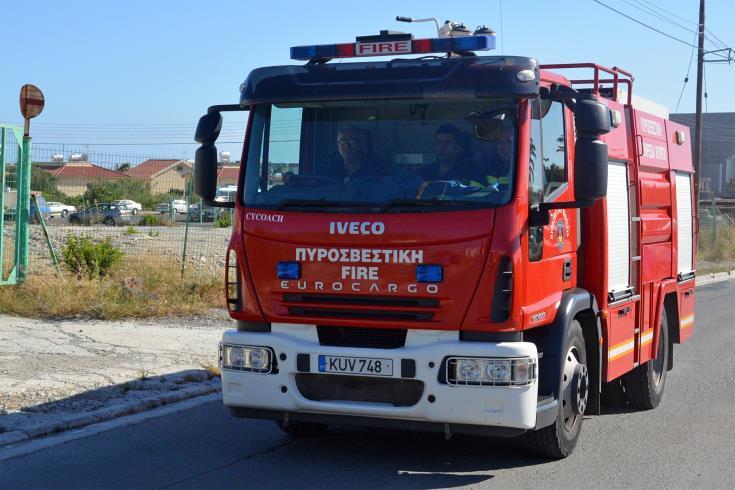 Cyprus was the country with the second largest share of firefighters in its overall workforce in 2021 in the EU, according to data released by Eurostat, the statistical service of the European Union on the occasion of the large increase of fires in multiple member states due to increased temperatures and the effects of climate change.

Also, according to data regarding government spending on fire protection services in 2020, Cyprus spent about 0.4% of its government expenditure, which was lower than the EU average for that year (0.5%).

Estonia, Cyprus, Romania, and Slovakia (all around 0.4% of total employment) registered the highest share of firefighters in their respective workforces in 2021.

About 365 thousand people were employed as professional firefighters in the EU, representing 0.2% of total EU employment.

Cyprus reported a 0.4% share of government expenditure dedicated to fire protection, below the EU average, along with Finland, Hungary, Ireland, Italy, Latvia, the Netherlands, Poland, Spain and Sweden. Croatia, France and Slovakia reported a percentage corresponding to the EU average of 0.5%.

In 2020, Denmark reported the lowest share of expenditure on fire protection services in total expenditure at 0.1%, followed by Iceland with 0.2% and Belgium, Malta, Austria, Portugal and Slovenia with 0.3% of their general government total expenditure.

In contrast, Romania had the highest share of expenditure on fire protection services with 0.8%, followed by Bulgaria, Czechia, Germany, Estonia, Greece, Lithuania and Luxembourg with 0.6%.