Charalambidou re-elected as Vice-Chair of the OSCE Parliamentary Assembly 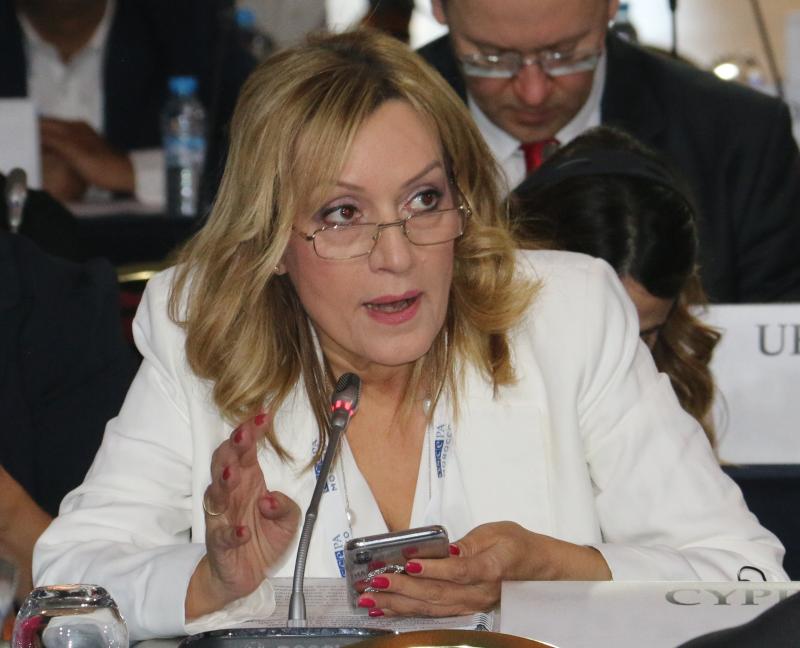 Vice-President of the Parliamentary Assembly of the Organization for Security and Cooperation in Europe and head of the Cypriot delegation, MP Irene Charalambidou, was re-elected until 2025 with the most votes among her fellow candidates, announced on Wednesday the House of Representatives.

As stated, the vote was held on the last day of the 29th Annual Session in Birmingham, United Kingdom, during the plenary session of the Organization.

It is also noted that the four vacant Vice-Presidents' seats were contested by a total of seven candidates, with the result being considered a significant success, while Charalambidou's co-candidates included Members from the host country UK, Ukraine, Germany and Spain.