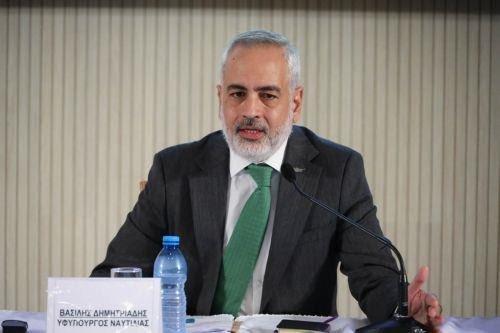 There are repercussions for Cyprus shipping from the EU sanctions on Russia but these are manageable, according to Vassilios Demetriades, Shipping Deputy Minister to the President of the Republic.

He also said that Cyprus submitted a document with 36 questions to the European Commission where it does not outline disagreement with the sanctions, instead it is proposing to contribute with its expertise on how this package can be effectively and properly implemented.

Demetriades expressed satisfaction that the concerns expressed through the document are reflected in the 8th sanctions package for a strong implementation framework regarding the cap on the price and transport of Russian oil. "We have clearly stated that there must be transparency and clarity about the scope of responsibility of each member of the logistics shipping company, be they companies, shipowners, ship managers, flag states, port states or coastal states."

Answering questions during a press conference to announce Maritime Cyprus 2022, Demetriades said that Cyprus has raised the issue of attracting other states with large registers, if the EU wants the sanctions on Russia to be effective. The EU and the G7 amount no more than 17% of the global shipping registry, he said. According to Vassiliades, this way there will not be any gaps and ships will not be removed from the European registries if they choose third registries to transport the Russian oil without repercussions.

He also referred to President of the Republic Nicos Anastasiades' position that from the moment the war in Ukraine broke out, Cyprus will participate in the sanctions but with a framework that will clearly target Russia and not our own interests and "this is the framework in which we are operating in", he added.

The last package of sanctions contains Cyprus’ position on parallel registers, a status which Cyprus and another 14 EU member states have. These are ships that have been registered in Cyprus but for a certain period they elect to be registered in parallel registries for their own purposes and bear the flag of the country where they are operating from. Cyprus, he said, has 40 such ships which are under the Cypriot registry but fly the Russian flag.

If parallel registry, he said, is abolished, these ships will return to their Cypriot flag. However, these ships cannot approach Cyprus ports and this is creating a legal absurdity and is against freedom of navigation, since the ship will not be allowed to approach the port where it is registered at.

In the sanctions package, said Demetriades, the European Commission is urging ships to put an end to parallel registries by 31st January 2023 and then continue their activities under EU flag without any sanctions. If these ships return to their Cypriot flag, we will not lose them from our registry, he remarked.

Vassiliades said efforts are underway to highlight the individuality and peculiarities of EU shipping practices and to protect Cyprus’ shipping.

Answering questions, Demetriades said there is a loss of fleet that amounts to 700 thousand tonnes of total tonnage, there are also deletions due to sanctions but at the same time new registrations underway.

The total tonnage of ships in the Cypriot registry is 23.8 million tonnes from the 24.6 million before the war, he said, explaining that these ships were directly connected to Russia and could not operate in Cyprus.

He also said that the document which Cyprus submitted to the EU will be the subject of discussion on the implementation framework of the 8th package of sanctions. This document was welcomed by Greece, Malta and the European Commission. Cyprus, he added, is ready to participate in an EU working group which will formulate the framework to implement the 8th sanctions package, he added.