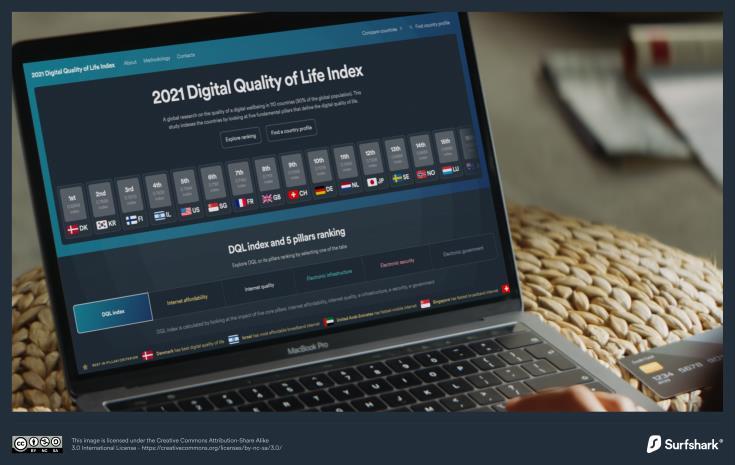 Cyprus ranks 35th among 110 countries in the third annual edition of the Digital Quality of Life Index (DQL).

Cyprus` mobile speed is 18th best worldwide, standing at 63.18 Mbps. Since the beginning of the COVID-19 pandemic, it has improved by 155%.

Overall, Cyprus has maintained its ranking since DQL 2020, despite 27 additional countries joining the study this year. The country excels in internet quality, especially mobile internet speed and its growth year-over-year. Despite this, Cyprus still has room for improvement in specific digital wellbeing areas.

Although mobile internet quality in Cyprus is high, it comes only 96th in affordability. People in Cyprus have to work almost 18 minutes for 1GB of the cheapest mobile data, 8 minutes more than a global average. The country also lacks in e-security, ranking 64th.

In an all-around picture, 6 out of 10 countries holding the highest scores are located in Europe, following last year’s trend. Denmark ranks 1st in DQL for the second year in a row and is closely followed by South Korea. Finland ranks 3rd, while Israel and the U.S. round out the top five of 110 nations that were evaluated. The bottom 5 countries are Ethiopia, Cambodia, Cameroon, Guatemala, and Angola.

The 2021 DQL research examined a total population of more than 6.9 billion people in terms of five core pillars and 14 underpinning indicators that provide a comprehensive measure. The study is based on open-source information provided by the United Nations, the World Bank, Freedom House, the International Communications Union, and other sources.