Positive climate in the stock markets

26/11/2007 11:25
The Cyprus Stock Exchange is in positive territory on Monday, influenced by the course of the European markets and the rally of the US and Asian markets.

The Bank of Cyprus announced that Board member, Evdokimos Xenofontos, transferred for no value through two off-the-Exchange transactions on 23 November 2007, 8.083 and 24.414 shares of Bank of Cyprus to Xenophontos Alexis and Iason.

Hellenic Bank is recording gains of 2.09% to €4.88. According to the bank, within the framework of the revision of the organizational structure of the Group, Messrs. Glafkos Mavros and Thomas Stylianou, Deputy General Managers, are promoted to General Managers with effect from January 1, 2008.

Meanwhile, Cyprus Airways announced that within the framework of the issue of 111,039,500 Nil – Paid Rights of Cyprus Airways Public Limited which have been allocated to the ratio of 1 Right per share of nominal value £0.05 and which, during their exercise, are converted into 2.52 new shares of nominal value £0.05 each with an exercise price of £0.05 per share, the Company would like to inform the investing public that the Republic of Cyprus confirmed its intention to exercise its Rights.

Specifically, the Republic will proceed with the exercise of 77,304,397 Rights, which will be converted into 194,807,081 shares, submitting the sum of £0.05 per share. The Company also announced that on November 23, 2007 it signed an Underwriting Agreement with CISCO for the partial securing of up to 25,793,650 Rights (which correspond to 65,000,000 shares) that might not be exercised by the shareholders during the exercise period. The underwriting fee to be paid to the Underwriter stands at 2.75% of the total exercise value of the Rights issue.

Louis also announced that it is in cooperation with Costa Croiciere, subsidiary of Carnival Corporation which is the largest cruise company in the world, and MSC Cruises for the submission of an offer for a long term lease of the cruise terminal and the cruise ship pier at the port of Marseille.

The trading volume amounts to €3.23 million. Overall, 7 securities are up, 2 fall and 4 remain unchanged. 06/12
Loan restructurings up by 400% in first half of 2021
06/12
Cypriot Minister to hold energy meetings in Houston
06/12
Inflation continued its upward trend in November
06/12
European auto suppliers warn shift to electric would put 500,000 jobs at risk 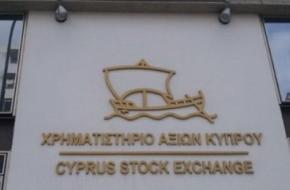