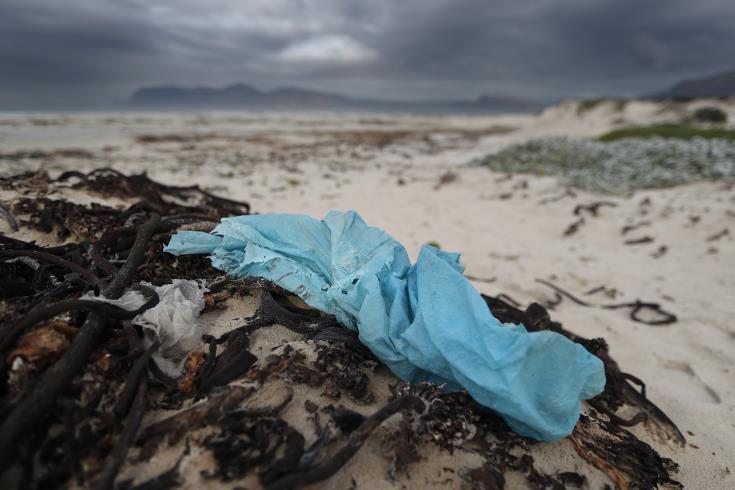 As of yesterday, consumers in Cyprus will have to pay a levy of 5 cents plus 19% VAT per plastic bag , in the framework of the island`s harmonisation with an EU Directive, aiming at protecting the environment from plastic.

The Department of Environment, of the Ministry of Agriculture, Rural Development and Environment has already launched a campaign to inform the public which will run until July 8.

Environment Commissioner Ioanna Panayiotou has told Cyprus News Agency that the measure concerns the thin plastic shopping bags less than 50mm thick. These bags will no longer be provided free by sellers. The exception are the bags used as packaging for unpacked foodstuff, for hygienic reasons or to prevent waste.

She noted that according to European Commission data, every year Europeans produce 25 million tonnes of plastic waste and less than 30% of this waste is sent for recycling. Globally, plastic materials constitute 85% of waste on beaches, and even end up in people’s food and lungs.

She pointed out that disposable plastics need just five seconds to be produced, are used for five minutes at the most, and need at least 500 years to decompose.

The money from the extra levy will go to a special fund that will subside actions for the environment in order to raise awareness.

According to the European Directive, member states will have to reduce the use of plastic bags by 90 maximum by the end of 2019 and 40 per capita by the end of 2025. She also said that measures should be taken for the reduction of other plastic items, such as straws, plastic plates and cutlery, plastic mugs etc.

On behalf of the Cyprus Supermarket Association, Andreas Hadjiadamou told CNA that all supermarkets are ready to introduce the measure and have been equipped with reusable bags. The tally machines have also been programmed to charge the extra levy.