Attorney General: Recent revelations on passports' scheme 'a shame for the country' 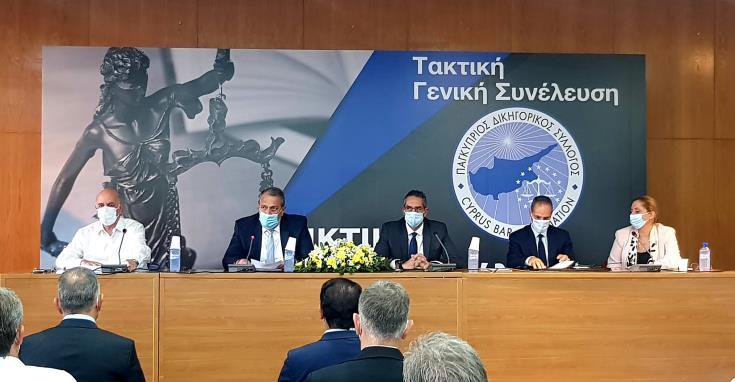 Cyprus' Attorney General George Savvides said on Thursday that the latest revelations on Cyprus Investment Programme  “is a shame for the country”, commenting an Al Jazeera report a passport – for -sale scandal.

Speaking at the General Assembly of the Cyprus Bar Association Savvides said that the Assembly "is taking place in the shadow of the recent events that have shaken the foundations of institutions and values and have rightly created indignation, anger and concern among the citizens, and have discredited the system”.

He also said that the challenges, both for him as head of the Legal Service and for the lawyers were enormous.

"We must face these challenges with sobriety, caution and a sense of responsibility," he added.

"I know," Savvides pointed out, "that citizens expect a lot from the Attorney General ", noting that he chose to be sparing in his public statements, not only because the issues raised are delicate and of the highest institutional importance, but also because all the facts are under investigation by the Police following his clear instructions.

"However, I cannot hide, as a citizen of this country, that what we saw, regardless of their legal status, is a shame for our country and I will limit myself to saying that this is definitely not the Cyprus we deserve, we dream of or that we want to leave as a legacy to our children", he said.

Addressing Cyprus lawyers, he said, that “we all have a responsibility to do what we can to reverse this diversion”.

Earlier on Thursday Cyprus` House of Representatives President, Demetris Syllouris, resigned from his office and the position of MP, in the aftermath of the Al Jazeera report on Cyprus Investment Programme. Opposition MP Christakis Giovanis also resigned, for the same reason, on Tuesday.