Home » News » Interior Minister: All have a duty to preserve Cyprus’ hard-fought reputation

Interior Minister: All have a duty to preserve Cyprus’ hard-fought reputation 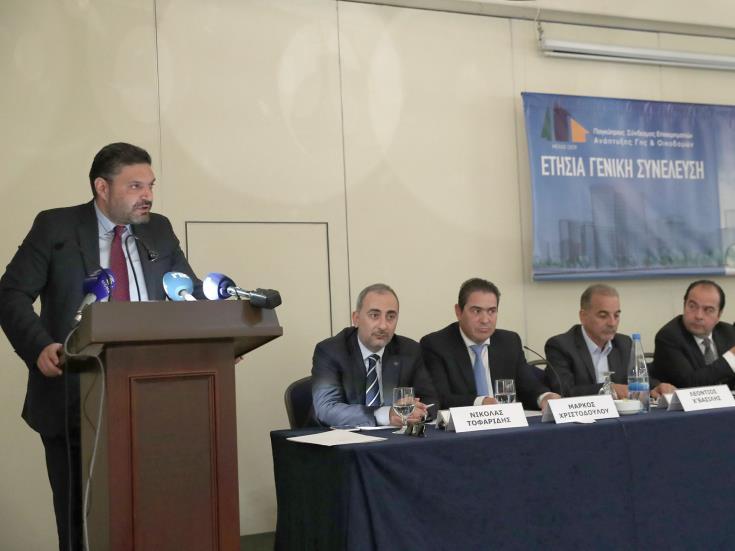 We all have a duty to preserve Cyprus’ good name, Interior Minister Constantinos Petrides said on Thursday, adding that it took a lot of effort to reinstate the country’s fame under adverse circumstances.

Speaking about the Cyprus Investment Programme, the Minister said that there have been mistakes, he noted however that controls which are now in place make the programme “one of the strongest worldwide.” He pointed to efforts for economic recovery in the past, and said that the course of the economy is not something that can be taken for granted “nor is the programme of course”

The Minister was addressing the Annual General Meeting of the Cyprus Land and Building Developers Association, in Nicosia, delivering an address on behalf of the President of Cyprus. In off the cuff remarks, Petrides said that the economy is now stable, he said however that we should not forget previous efforts before reaching this point.

It took a lot of effort to reinstate the country’s credibility, through the banking sector, public finances and with sounder business practices, Petrides added.

The Council of Ministers decided on Wednesday to initiate procedures to rescind citizenship of the Republic of Cyprus it had granted to 26 individuals under the passports-for-investment scheme of the Cyprus Investment Programme.