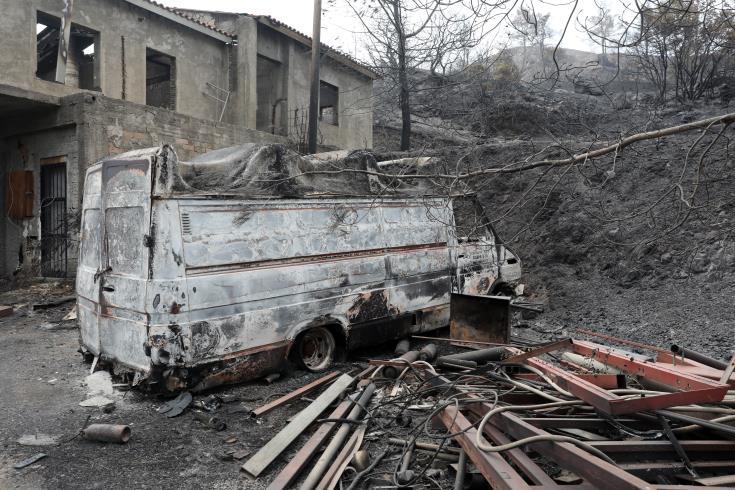 The Cypriot government announced a financial package amounting to €6 million in aid to the villages hit by the devastating fire that ravaged the mountainous regions of Larnaca and Limassol over the weekend and lead to the death of four Egyptian workers.

Announcing the package, Nicos Nouris, the Minister of the Interior, also said the Cabinet decided to provide financial aid  to the families of the four Egyptian workers that perished in the fire. Two of the families will receive €95,000 each in aid and the other two will be given €185,000 and €245,000 respectively, he said.

The families will also receive an additional allowance of €35,000 for each of victim’s children and they will be provided with scholarships for studies in Cyprus’ universities.

On the financial aid to the people stricken by the fire, Nouris said the aid will be scaled depending on the damages caused to houses, professional premises and vehicles in the region.

The Minister added that according to the government stock taking, the fire caused damages to 98 premises, damages to cars, agricultural vehicles, generators and other equipment.

Nouris said that according to estimates by the affected district administrations, the district of Larnaca suffered the biggest blow with damages amounting to €4.05 million, followed by the district of Limassol with damages in the region of €1.21 million and Pafos with €0.38 million worth of damages. Damages island-wide amount to €5.64 million, the Minister added.

On his part, Minister of Agriculture, Rural Development and the Environment, Costas Kadis announced aid to the affected farmers, including an initial aid between €10,000 and 30,000 per eligible farmer aiming to safeguard their continuation of the activities.

The total expenditure amount approximately to €3 million, he said.

The government will also provide financial aid of €100,000 to «Vasiliki Gi” a fruit and vegitable producer’s organisation in Odou mainly involving young farmers, which had their activities in the areas hit by the devastating fire.

Furthermore, the Ministry of Labour, Welfare and Social Insurance announced measures aiming to cover the labour cost and other associated expenses of the affected businesses and self-employed persons for the period of July to September, while this period will be reassessed depending on the time of their business activation. Furthermore, the government will cover the expenses of any foreign workers who desire to return to their countries.

Furthermore, the state will cover the employer’s contribution to the state such as the Social Insurance Fund for the period of July to September.

Moreover, the Ministry of Education said it will provide to the affected families €200 for each pupil to cover their needs for the new school year, with the total amount estimated at €37,000.

The affected families will be exempt from paying tuition fees for attending public kindergardens, while they will be included in the free breakfast programme.