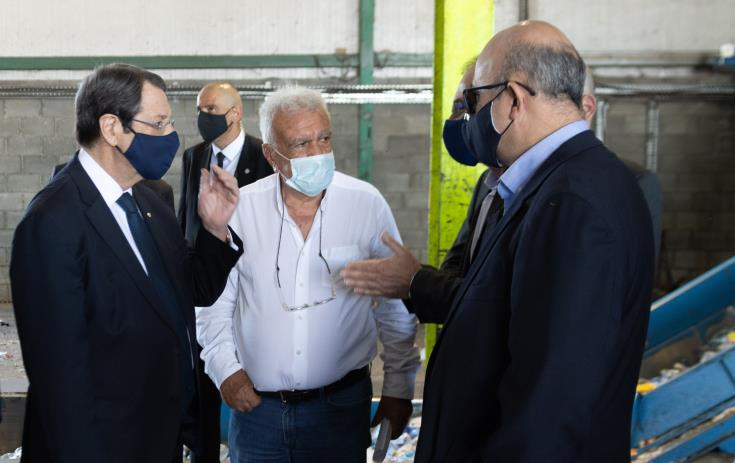 Cyprus President, Nicos Anastasiades, said on Wednesday that a total of 1.18 billion euros will be spent in a period of five years to protect the environment and promote green economy.

Speaking during a visit he paid to the premises of the Cyprus Environmental Industries recycling unit, accompanied by Agriculture, Rural Development and Environment Minister, Costas Kadis, Anastasiades said that the second pillar of Cyprus Recovery and Resilience Plan concerns "the push we want to give in order to speedily move on with the green economy", adding that the emphasis given in this field is reflected in "the amount of money that we requested to be disbursed."

He noted that the amount of money from the Recovery and Resilience plan is 447 million euros and from the Social Cohesion Plan 733 million euros. This means that 1.18 billion euros will be spent for the protection of the environment and the implementation of the green economy, he added.

He noted that the aim is to see how to achieve the pursued climate neutrality through eight reforms and 22 developmental business activities.

Moreover he noted that the state saves money through the processing that takes place at the recycling units, since the amount of waste being landfilled is significantly reduced. Also this affects the amount of money paid due to environmental pollution, he added.