Home » News » DBRS on StockWatch: High inflation will be temporary

DBRS on StockWatch: High inflation will be temporary 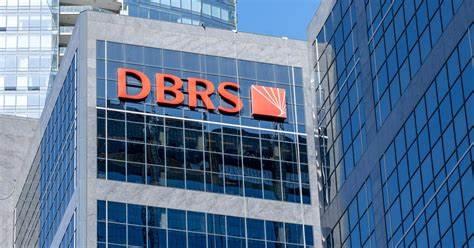 The phenomenon of rising prices is expected to be temporary, as estimated by DBRS, stressing, however, that inflation in Cyprus is expected to remain high for this year, over 4.0%.

The agency expects economic growth to slow to around 2.0%, benefiting from the opening up of the economy, the accumulated savings and the boost from EU funds.

Regarding the Russian invasion in Ukraine, he estimates that it will bring a significant slowdown in the economic growth of Cyprus in 2022, given its high exposure to Russia, especially in the fields of tourism and professional services.

Asked if the demand for benefits is expected to increase in the run-up to the February presidential election, the official said the political cycle could have a marginal impact on short-term spending decisions.

"However, we expect the government to continue to strike a good balance between supporting the economy, in view of higher energy costs and the collapse of Russian tourism demand, and promoting its green transition, on the one hand, with its general efforts to on the other hand, it creates primary surpluses and rapidly reduces the public debt-to-GDP ratio in the medium term. "

According to DBRS Morningstar, the medium-term economic prospects of Cyprus remain strong and the country will be in a good position to manage and adapt to these contingencies.

In the long run, he emphasizes, higher productivity and further economic diversification will continue to be the key to boost growth and boosting economic resilience.

As for the Cypriot banking system, he points out that it has made significant progress in recent years, not ruling out an increase in NPLs due to sanctions against Russia.

As far the decision of RCB Bank Ltd to gradually abolish its banking activities in Cyprus, he points out that if carried out in an orderly manner, it could permanently reduce the ties of the banking system with Russia.

Regarding future assessments, DBRS Morningstar will assess Cyprus' ability to continue to publish strong growth data and to overcome the challenges posed by the Russian invasion in Ukraine, high inflation and the protracted pandemic.