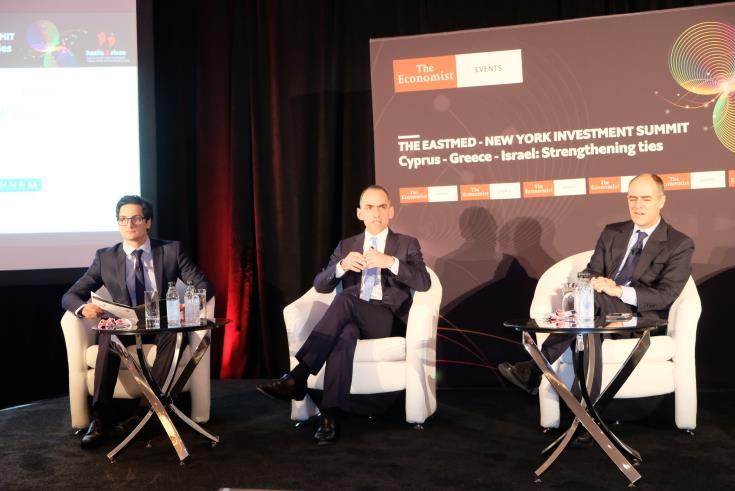 Georgiades, along with the director of the Israeli Finance Office in New York, participated in a panel discussion on the creation of a more favorable climate for investment and economic activity in the Eastern Mediterranean.

He also said that the Summit was an opportunity to emphasize the importance that the Government attaches to strategic cooperation between Cyprus, Greece and Israel, which covers a wide range of sectors and could transform the Eastern Mediterranean region. Cyprus as he said, would like to contribute to that transform of the region into a region of stability, cooperation and growth.

During his participation to the Summit, the Finance Minister bet with the Economist journalist who was co-ordinating the panel discussion, that Cyprus would exceed the forecasts for this year`s growth.

As he said, growth forecasts were extremely positive and expressed the opinion that the growth would surpass the predictions, as it happened during the previous period.