Deputy Minister: Our goal is to further develop shipping 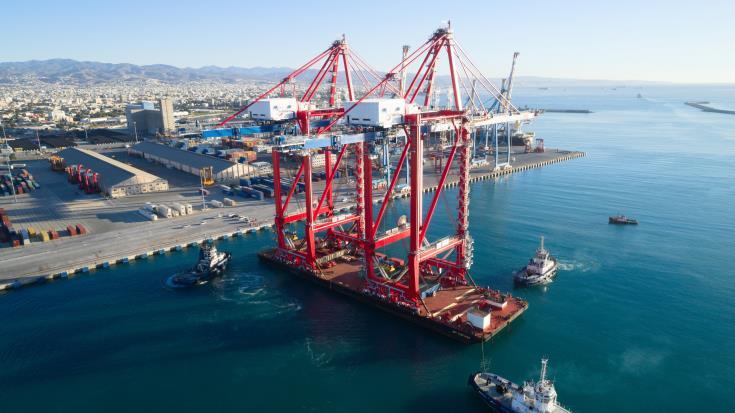 The digital Forum, entitled "Cyprus Shipping –At the Forefront of Industry Developments Enhancing Competitiveness in a Fast Changing World” was hosted by Capital Link.

Speaking at the Forum, the Deputy Minister referred to the fact that for almost 25-30 years now, Cyprus is constantly growing in the field of shipping, and pointed out that while in the past Cyprus was only considered as a quality flag and a shipping center, today it goes further than that with a vision.

In his intervention at the Forum Demetriades referred to the strategic vision of Cyprus, adding that " we want to explore all possibilities to further develop Cyprus’ shipping since we believe it has many capabilities".

The Deputy Minister told CNA that Cyprus believes that we should improve the image of shipping, both at international and European level.

It is for this reason, he added, that consultations on the new strategic vision are not limited to sustainability or adaptability, but also include extroversion and he explained that the strategic vision for Cyprus shipping is called SEA (Sustainable - Extrovert - Adaptable).

He explained that they introduce the term extrovert “because we want to communicate a right image for the sector, we want to come closer to those regulators who decide globally on shipping, we want to bridge the gap in shipping and regulators, especially on the issues of green transformation".

The goal, he said, is for the regulators to understand the specifics and the international character of shipping, “but also for us to realize the need to contribute to climate change, so that we can have regulations that are realistic, can be implemented and for shipping to maintain its strategic role, both in Europe and at national level”.

During his speech, he referred to the Deputy Mnistry’s new initiatives such as the green incentives that were recently announced, in an effort to have a more efficient operation through the digitization of the Deputy Ministry’s services and a single service framework (one stop shop).

He also underlined Cyprus` leading role in facilitating the change of crews and repatriation of seafarers during the difficult time of the pandemic, but also Cyprus` proposal for a global vaccination program, which has already been adopted by the International Labor Organisation.

Demetriades announced that Cyprus will soon proceed with the vaccination of all seafarers on ships under the Cypriot flag or seafarers of ships that approach the island and have a close relationship with Cyprus.

"We are taking our social welfare for seafarers one step further and proceed with the vaccination of crews, as we consider this to be an important step so that shipping can function smoothly without any problems," he added.

Concluding, he said that the Forum was a good opportunity for the Deputy Ministry as useful views were submitted which could contribute to Cyprus` national strategy.

According to a press release by the organisers, "Cyprus has a robust, versatile and efficient maritime cluster with growing shipowning and shipmanagement communities. Furthermore, Cyprus is a regional financial, insurance and legal hub adding to the versatility of the cluster".

It adds that the Deputy Ministry of Shipping of Cyprus has undertaken significant initiatives to alleviate the global crewing crisis, to increase digitalization and transparency and to enhance the competitiveness of the maritime cluster and the Cyprus flag.

Delegates discussed recent developments and trends in the maritime, financial and capital markets, geopolitical developments and fleet management and challenges  in complying with the new environmental regulatory framework.

Sessions at the Forum included ia "Cyprus as an international maritime center", "Expanding the shipowing base in Cyprus and reinforcing the Cyprus registry and flag, - Incentives & Advantages", "Addressing the crewing crisis - the Cyprus approach"  and "Accelerating digital transformation".