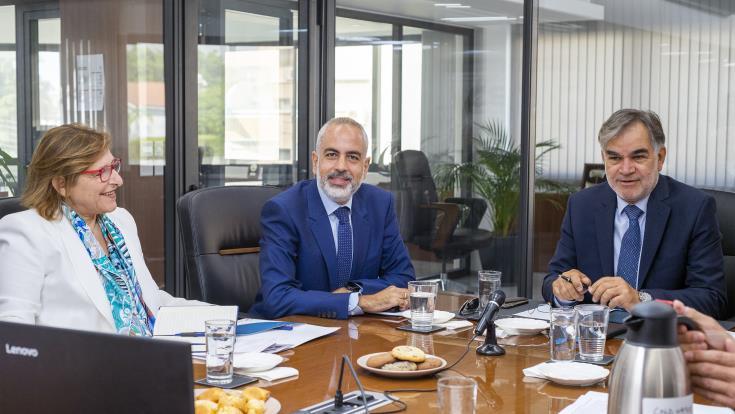 Cyprus` Shipping Deputy Minister Vassilis Demetriades, expressed the country`s intention to support and contribute to the reinforcement of a sustainable and ambitious blue economy.

The meeting took place in Lisbon, at the initiative of the EU Portuguese Presidency, under the title "A Blue Agenda in the Green Deal". Participants discussed the important role of the seas in achieving the goals of the "Green Deal" and to the contribution of the blue economy in efforts for the recovery of the economy in EU member states.

According to a press release, in his speech Vassiliades said that the Republic of Cyprus welcomes the recent conclusions of the Council of the EU and the announcement of the European Commission about a new approach towards a viable blue economy. Moreover he expressed Cyprus` readiness to continue to work for the achievement of the objectives that have been set as regards the European "Green Deal" and the UN 2030 Agenda on sustainable development.

Demetriades noted the great importance of the sea for Cyprus, as well as the country`s historic ties with it through activities as shipping, fishing, maritime and coastal tourism. Furthermore, he underlined that the protection of the maritime environment and the reduction of the carbon footprint is crucial in efforts to achieve a sustainable blue growth.

While in Lisbon, the Deputy Minister held meetings with his counterparts of Portugal, which is currently presiding over the Council of the EU, and of Slovenia, that will undertake the EU Presidency during the second half of 2021.