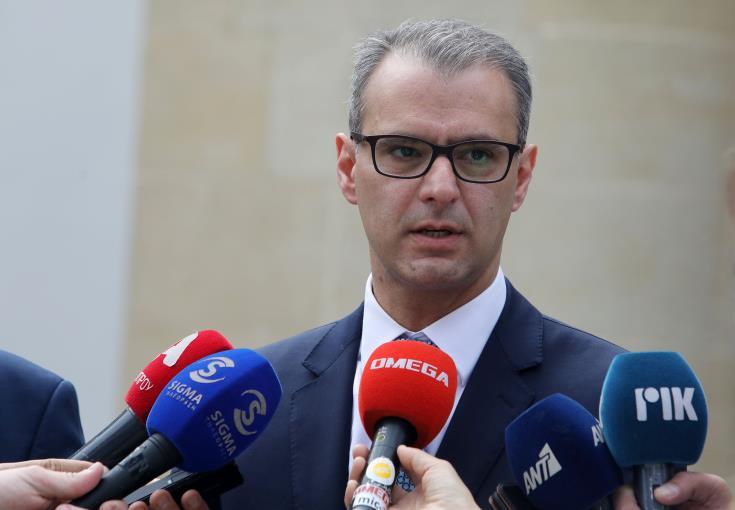 Constantinos Herodotou, Governor of the Central Bank of Cyprus (CBC), will hold a teleconference with the chiefs of the Cypriot commercial banks to discuss how the capital buffer created by the European Central Bank’s decisions will be transmitted to the real economy amid the disruption created by the COVID-19 epidemic.

This cushion allows banks to show a more flexibility to the challenges facing Cypriot companies and households by providing solutions such as extended repayment periods or reduction of installments.

Moreover, sources told CNA that the CBC is considering further measures to encourage banks to show a more flexible stance towards borrowers hampered by the COVID-19 crisis.

FinMin Banks should use this capital cushion to show greater flexibility

Furthermore, Finance Minister Constantinos Petrides called on the banks to use this capital cushion to assist those hit by the crisis.

“The Cyprus banks’ minimum required capital is slashed by €1.3 billion. Banks should use this facility to boost liquidity via loan origination of greater flexibility in loan repayments by those who take a hit in this crucial period,” Petrides posted on Twitter.

Moreover Michalis Kammas the Association of Cyprus Banks Director General said in a statement that following every protocol and directive to protect the health of both customers and staff alike, the Cypriot banks will do their utmost to assist the efforts to contain the spreading of the virus and to support the Cypriot economy, in coordination with the competent state services and the regulators from Cyprus and the EU.