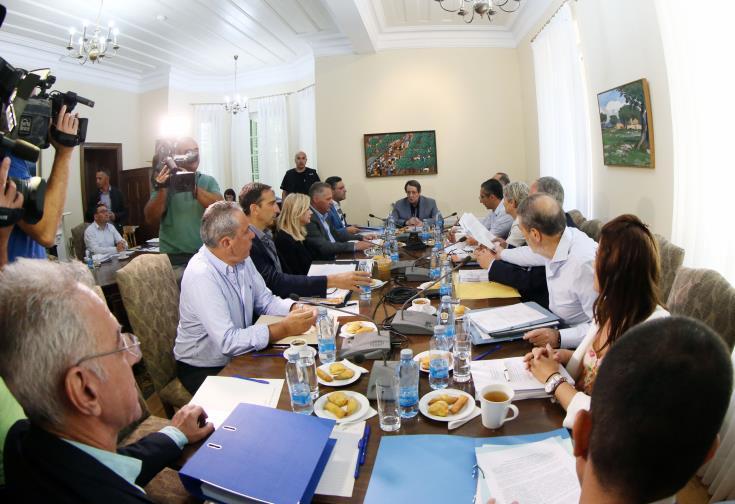 The Cabinet decided on Wednesday to set up an Investment Fund, following a relevant proposal made by the Finance Minister, with the state contributing to the Fund’s initial capital with 20 mln euros.

Moreover, Government Spokesman Prodromos Prodromou announced after a Cabinet meeting, in Troodos, that the ‘Estia’ Scheme will be launched on September 2.

The ‘Estia’ Scheme is a special government scheme drawn up by the Ministry of Finance, aiming to boost borrowers` ability to repay their loans, while the government subsidizes part of the repayment installments of the restructured loan.

The Spokesman also noted that apart from the agenda items, the Cabinet also discussed a range of important policy matters, such as major reforms that are underway.

Referring to the Investment Fund, Prodromou said that the aim is to foster business innovation and creativity. It will provide an alternative source, so that the banking sector is not the only source of funding, he added.

Prodromou said that the initial capital will be 20 mln euros, and may be strengthened potentially by other Investment Funds. This mechanism will reinforce development efforts and in particular innovation and start-ups, he said.

Moreover, he noted that the state will not participate in the Fund’s decision-making, which will operate purely in accordance with business standards.

As for ‘Estia’ Prodromou said that the Councl of Ministers was informed that the scheme will be properly launched on September 2, while the Ministry of Labor is prepared to receive applications by those interested to take part.

Moreover, he said that the Minister of Finance briefed the Council of Ministers on the fiscal policy and the general course of the economy.

Moreover, he noted that unemployment stands bellow 7% and there is a continuous downward trend, which endorses the government target of reaching full employment conditions by next year.

He went on to say that Cyprus records a significant surplus, while inflation remains low at 0.5%.

As for public debt, the Government Spokesman said that the downward trend continued, and the ratio stands at 96%.

During the first semester, spending is half the revenue, which allows us to record the surplus we have, he noted.

The Government Spokesman also said that the Cabinet was informed that the investment law was fully amended to boost strategic investments and other development schemes. The amended bill will be submitted to the Law Office for scrutiny, he added.

Prodromou also said that the Cabinet was also informed about a legislative proposal concerning the establishment of a Deputy Ministry for Research and Innovation, which is already before the Law Office.

The Spokesman noted finally that Minister of Justice and Public Order informed the Cabinet about the progress of reforming the Justice sector. A fully-fledged reform of Cyprus courts will be soon implemented, he concluded.