CBC revises growth forecast down to 3.5% 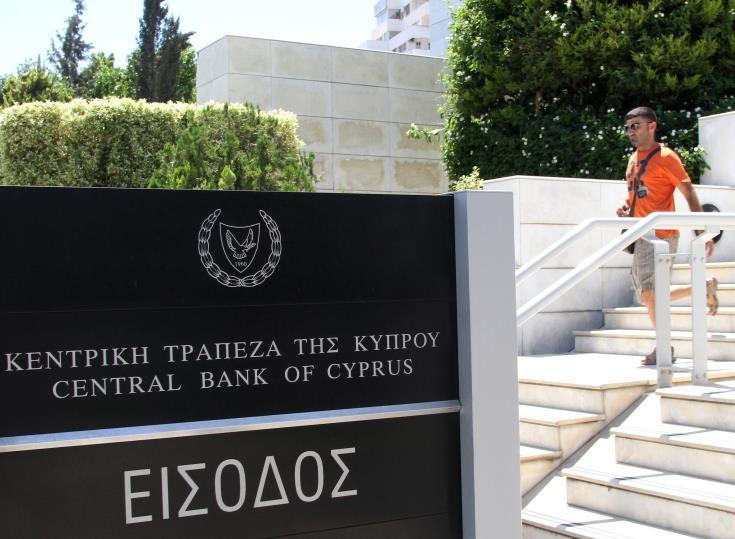 The Central Bank of Cyprus (CBC) has revised its forecast for GDP growth for 2019 down to 3.5% from 3.7% it estimated last December.

The CBC said on Wednesday that for the years 2020 and 2021 it expects economic growth to be driven by the continuous growth of domestic demand and forecasts further recovery of the GDP over the next few years, however at a slower pace of 3.2% in 2021, from 3.3% it forecasted in December.

According to its updated macroeconomic projections, Cyprus’ GDP on the basis of the latest preliminary data, recorded an annual increase of 3.5% (seasonally adjusted) in the first quarter of 2019, with the contribution of almost all the main productive sectors. For the year 2019 the Cypriot economy is projected to grow by 3.5%.

This reflects, according to the CBC, the slowdown in economic activity due to the continuous imposition of restrictive measures on international trade and the growing uncertainty over external demand.

With regard to domestic factors, the CBC notes the downward revision of private consumption due to the effects of the introduction of contributions to the National Health System as of 1 March 2019, as well as due to the projected acceleration of loan repayments.

The CBC says the expected growth rate for 2019 is based on domestic demand and notes that private consumption is expected to slow down to 2.8%, despite wage growth, from 3.1% it expected in its forecast last December.

This is primarily due to the increase in the contributions to the Social Insurance Fund and the introduction of contributions to the National Health System, said the CBC. It also cited the projected acceleration of loan repayments due to the expected introduction of the “Estia” scheme, aiming to assist borrowers with non-performing loans collateralised with primary residences to repay their loans.

In addition, the CBC expects a slowdown of public consumption, which is expected to grow by 3.7%.

At the same time, the CBC notes that the increase in wages is expected to have a positive impact on household savings, thus further enhancing the reduction of non-performing facilities and increasing the prospects of the Cypriot economy. “Further improvement of the conditions in the banking sector is predicted to have a downward impact on private debt, with a consequent positive effect on the real economy”, says the Central Bank.

On public debt, the CBC notes that despite its increase to 102.1% in 2018, it is expected to “decline significantly in the coming years due to estimates for strong fiscal surplus and the expected high growth rates”.