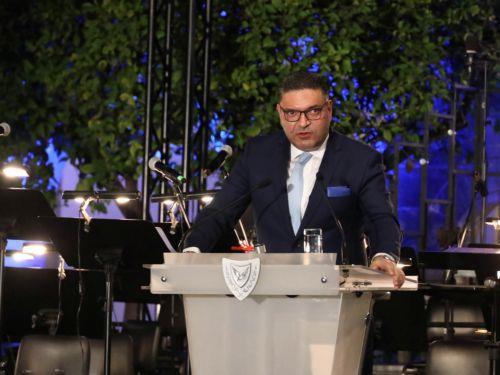 Cypriot Minister of Finance Constantinos Petrides, stressed on Wednesday evening the need to be “even more careful” with the fiscal discipline in the new challenging era, while Central Bank Governor Constantinos Herodotou referred to the risk of new NPL's due to the challenging economic conditions.

"We will need these buffers we have built, so despite the social pressure we should not waste them in the short term, as most of the political parties everywhere ask,” said Petrides speaking in a conference organised by Delloite Cyprus titled "Better futures: A resilient economy for Cyprus". The Minister said he hoped "we will stop playing with the economies," not only in Cyprus but in all European countries.

He added that the coming year will be quite difficult for the economy, noting the challenge of inflation, caused by a series of factors and mistakes, such as the policies followed during the pandemic for income support, EUs expansionist monetary and fiscal policies with the negative interest rates but also green transition, for which as he said EU proved not to be ready.

The Minister also talked about a new interesting and challenging era that is coming and will be marked by de-globalization, severe geopolitical tension, a lot of change required by green transition and high energy prices.

Referring to Cyprus' economy, he said he was quite happy with where the economy was with the growth rate for the first semester being more than 6% exceeding predictions, as well as other indexes that show the potential and resilience of the economy.  However, he stressed that the next year will be difficult.

Governor of the Central Bank of Cyprus Constantinos Herodotou said that next year will be difficult.

“The key current challenge for the ECB, as well as other major central banks is raising interests rates to deal with inflation, while recession risk is high,” he said, adding however that the longer inflation remains elevated the more harm it will cause to individuals and companies.

As he said, while monetary policy will act decisively to restore inflation to the official targets, fiscal policy must be targeted in order not to counteract monetary policy, but at the same time to safeguard the income of those who are most vulnerable.

Referring to the impact of the war in Ukraine to Cyprus he said that a disruption in trade of services was expected and the rise of commodity prices, as well as an indirect impact on business and consumer confidence. He added that the most significant exposure of Cyprus to Russia is the export of services, relating to financial and other business services and to a lesser extent to tourism and transport.

Regarding the banking sector he said that the current situation is encouraging, but there should not be complacency. As he said, even though the banking sector exhibits significant reduction in non - performing loans the progress has not been similar across the banking system, with the smallest banks lagging behind. The risk of new defaults he added is increased in the current economic outlook. The elevated levels of inflations in combination with the increasing interest rates, he added, are expected to reduce net households’ income which might hamper borrowers’ repayment ability.

On behalf of the Minister of Energy, Commerce and Industry Natasa Pilides, Director of Consumer Protection Service of the Ministry, Constantinos Karagiorgis, said that Cyprus was concerned about the impact of the energy crisis and although is not currently facing any issues concerning security of supply, it was aware of the effects that the energy market has in many areas of the economy, particularly electricity, production, transport and heating.

He also said that another major concern was the impact of the war particularly on exports, services and the supply chain, combined with higher-than-expected commodity prices which affects vital sectors of economy such as construction and industry.

He added that in order to support the energy upgrading of business, the Ministry was implementing a series of schemes with a budget of 350 million euros and ensured that consumers and business remain at the center the reconstruction process for a sustainable recovery.

Deputy Minister for Tourism Savvas Perdios speaking during a panel discussion said that the major decision that they took in 2019 with horizon the year 2030, was to establish Cyprus as a year-long, high quality, digitally smart and more inclusive destination and a destination where all residents can benefit from tourism. “So everything we are doing is guided by this vision”, he said.