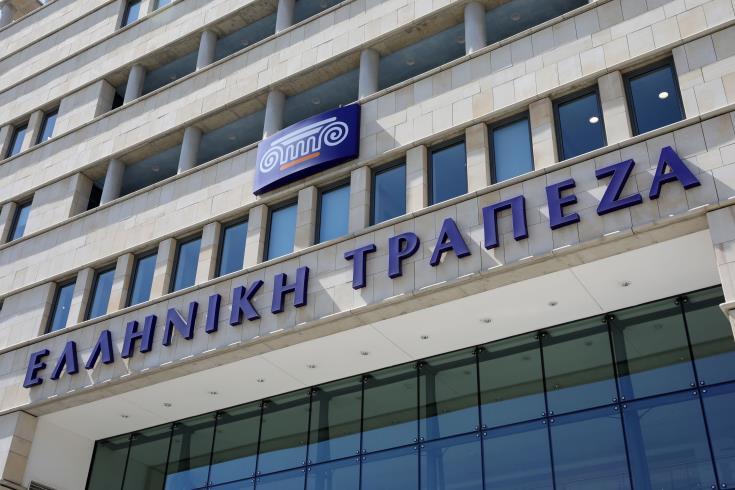 Hellenic Bank announced profits after taxation amounting to €14.3 million for the first quarter of 2019, marking five consecutive quarters of profits.

The bank’s CEP Ioannis Matsis said in statement that the acquisition of the performing operations of the state-owned Cyprus Cooperative Bank (CCB) and the balance sheet de-risking “established Hellenic Bank as the strongest and most viable bank in Cyprus, safeguarding our depositors’ assets, generating value to our shareholders and providing good quality products and services to all our customers.”

“The financial results of the first quarter of 2019 prove that the now enlarged Hellenic Bank is performing at much better rate compared to the equivalent first quarter results of 2018,” he added.

Matsis told a press conference that total new loans amounted to €227 million with €177 million in the first quarter of the year and estimated that new loan origination for 2019 will exceed new lending of last year.

In its financial results, the bank said that net interest income (NII) for the first quarter of 2019 amounted to €75.3 million, increased by 157% compared to the respective period of 2018, which was before the acquisition of the CCB. Compared with the previous quarter, NII dropped by 6% mainly driven by lower interest income, affected by the decreasing carrying amount of the impaired loan portfolio in combination with lower lending rates affecting the performing loan portfolio and net deleveraging as well as, lower interest income from debt securities due to maturity of Cyprus  Government Bonds (CGBs) in December2018.

Total expenses for 1Q 2019 amounted to €63.5million, up by 55% year on year mainly impacted by the acquisition of the CCB, the bank said. Compared with the previous quarter total expenses declined by 8% mostly due to the elevated administrative and other expenses in 4Q2018, associated with the cost of advisory services in relation to the acquisition.

Staff costs for 1Q2019 amounted to €29,2million and accounted for 46% of the Group’s total expenses.

The charge for impairment losses and provisions to cover credit risk, which includes the amortisation of the indemnification asset, amounted to €20,1million for 1Q2019, marking an increase both year on year and on a quarterly basis, the bank said.

The NPEs increase, Matsis said, emerged from the NPE portfolio of the CCB, totalling €433 million, transferred to the bank as part of the acquisition. The CCB NPEs are covered by an asset protection scheme.

Following the acquisition and the capital raise of €150 million, the bank capital increased substantially with Common Equity Tier 1 Capital (CET) amounting to 18,54% from 15,8% in the previous quarter and capital adequacy ratio of 21,16% compared with 18,53% in the fourth quarter of 2018.

In its results, the bank said it embarked on a preparation phase to review the feasibility of different NPE reduction structures with the aim of identifying the option that best meets its strategic objectives.

“For the purposes of completing the workstreams outlined above and in order to conclude on the best possible structure, the Bank will engage international advisors, and is proceeding to engage in  high level discussions via the signing of confidentiality agreements with various third parties that  may be interested in pursuing  a possible collaboration with the Bank. Such third parties include investment banks and financial investors,” the bank said.

“There is a window (on NPEs acquisitions) by international investors,” Matsis said, noting that the options include either a more organic reduction, though NPE work out units and or a sale of NPE package.

Responding to a question, Matsis said there is pressure from the regulators for NPE reduction “but that pressure is not unbearable.”
“The risk in our balance sheet is not that great an in reality we have a net worth of NPEs amounting to €700 million or 4% while the value of collateral is €1,2” he said.

Amendments to foreclosure law would backtrack the economy

However, Matsis said that amendments to the foreclosure law currently being discussed in the parliament, would backtrack the economy and the banking system.

Recalling the amendments made to the foreclosure law in the summer of 2018 that assisted banks carry out NPE sales and were praised by rating agencies and the ECB, Matsis said a return to the previous regime involving a much slower procedure would affect the economy.

“The moves under discussions to take us back (to the previous regime), giving tools to delinquent borrowers to delay foreclosures, will back track the banking system and the economy and would result in Cyprus not meeting its obligations to the European Commission” he said, adding that such amendments would potentially incur capital needs to the banks as the period for the liquidation of collateral would increase affecting the values in the bank’s books.