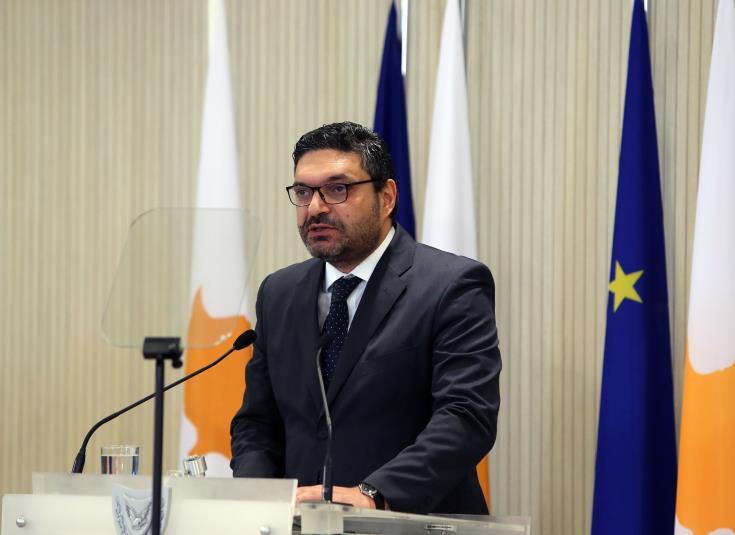 The net financial impact of the support package approved by the Council of Ministers on Sunday will cost  €450m, while another € 250m will be aimed at boosting business liquidity over the next two months, Finance Minister Constantinos Petrides announced on Sunday.

Speaking after the extraordinary cabinet meeting, Petrides said the Cyprus economy, like all the eurozone economies, could not remain unaffected by the repercussions of the coronavirus. He also said that "the magnitude of the consequences of this unprecedented and unexpected crisis cannot be foreseen at this time while the situation is developing."

All actions are underway to lessen the repercussions, said the Finance Minister, adding that the new measures will have serious financial implications and will test our collective strength.

The Minister underlined that at a time when the economy is experiencing the most significant shock waves, we will use all the tools we have before us to get through this difficult time in the coming months. The aim is to "provide an effective and a strong social safety net for employees, to support the resilience of our businesses and to strengthen our health system."

He thanked the social partners and political parties for their significant proposals.

The Minister said that among the measures will be a € 100m boost in the health sector to combat the pandemic if needed, which will include, inter alia, the employment of additional medical, nursing and support staff.

Minister Petrides said that the additional contribution to the General Health Scheme scheduled to start 31st March 2020 by employers, employees and the state will be postponed for two months. At this point he said that the timeline of the second phase of the GESY implementation will not be affected.

He further referred to the temporary suspension of VAT payments to provide liquidity to businesses, adding that the measure concerns companies whose turnover was less than 1 million euro, according to the tax declarations submitted in 2019 and businesses whose turnover dropped by more than 25%, without imposing any charges.

There will be arrangements for the VAT to be gradually paid off until the 11th November 2020, the Minister said, adding that this measure is expected to boost liquidity by around 240 million euro.

Petrides also referred to the temporary reduction of VAT from 19% to 17% over a two-month period and from 9% to 7% over a three-and-a-half-month period immediately after the relevant legislation is adopted to strengthen the purchasing power of the citizens. The cost will be 70 million euro.

Regarding the overseas students’ grant of 750 euros, he said it will be given to those who will remain in the country of their studies and will cost 15 million euro.

Tax statements can be submitted until the end of May 2020 instead of end of March, said the minister.
Eleven million euro has also been earmarked for the implementation of tourism support actions from June to September 2020, in cooperation with airlines and tour operators as well and actions to increase the number of tourists during the period October 2020 - March 2021.

Regarding the banking sector, the Minister of Finance said that the ECB together with  the help of the Central Bank, has already studied measures, to support bank lending, noting that under the new measures, Cypriot financial institutions will be able to obtain liquidity from the Eurosystem on very favourable terms.

"The measures decided by the ECB concern, inter alia, the release of capital stocks, which for Cyprus` systemic banks are estimated at over 1.3 billion euros," he noted.

The minister also said that from Tuesday, 17/03/2020, for a month, those working in the government and semi government sectors will be able to work remotely and with limited staff to deal only with emergencies.

Essential Services are excluded from the above regulation, he said and added that the relevant Ministers will determine the needs of their ministries and their Departments for proper planning of work.