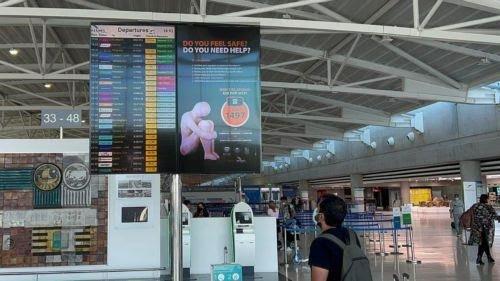 Hermes Airports welcomes the decision by the EU Council to adopt the proposals of Transport Minister Yiannis Karousos, for the support of air connectivity within the framework of the Fit-for-55 package of the EU, noting it is particularly important.

Hermes Airports has signed the NetZero2050 commitment since 2019, for the achievement of zero carbon emissions and more recently the Toulouse Declaration amongst other 250 European Airports. It is important, however, that the measures which will be applied, will take into consideration the particularities of the island and regional member-states, to avoid the disproportional consequences in the connectivity of countries, such as Cyprus, which will have consequences on tourism and the broader economy.

It also said that Hermes Airports are working closely with the Ministry of Transport, Communications and Works, aiming to achieve the best possible result in the discussions conducted on a European level for the Fit-For-55 package.

Concluding, they said Hermes Airports are looking forward to the total adoption of Cyprus’ proposal in the text of the final Directive which will derive from the negotiations of the Council with the EU Parliament this coming Fall.