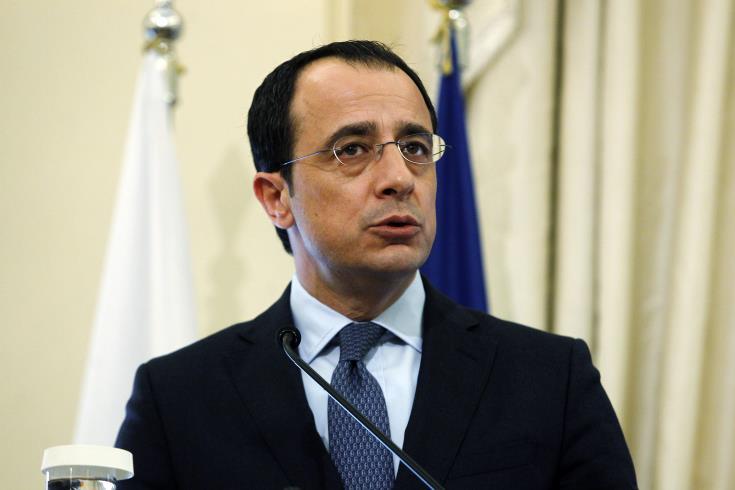 Cyprus` Minister of Foreign Affairs Nikos Christodoulides resigned Sunday from his position, amid public discussions for the possibility of his candidacy for the presidential elections in 2023.

Christodoulides said that he had submitted his resignation to the President of the Republic, Nicos Anastasiades, who accepted it as from next Tuesday.

At the same time, in statements at the Foreign Ministry, in Nicosia, Christodoulides expressed his interest for the 2023 presidential elections, pointing out that the time for decisions has not come yet. Early and long pre-election periods are counterproductive, he said, noting that he would proceed with an announcement after taking his final decisions.

"I submitted my resignation to the President of the Republic several days ago, who accepted it on Friday morning, with effect from Tuesday, January 11, 2022. I want to warmly thank the President of the Republic for his trust and for the opportunity he gave me to serve my country from the high office of the Minister of Foreign Affairs, but also previously as Director of his Diplomatic Office and as Government Spokesman. I am very grateful to him ", said Christodoulides.

He noted that his resignation was the result of a series of events and attitudes, public and otherwise, that have taken place recently, which "inevitably and unfortunately affect the serious work that the government has to do, including that of the Ministry of Foreign Affairs’’.

Last Friday the President of the governing party “Democratic Rally”, Averof Neofytou, who has already expressed his interest for the 2023 presidential elections, called on Christodoulides to put an end to rumours about a possible candidacy from his part and invited him take part in an intra-party duel, both for the party presidency and the party's candidacy for tje 2023 presidential elections.

Christodoulides expressed the view that activating party processes, more than one year before the 2023 presidential elections, has a negative effect on addressing the challenges which both the state and the society are called to tackle, as well as on the implementation and completion of government work. This, he said, comes at a time when Cyprus is facing an unprecedented global pandemic with multiple socio-economic consequences. He also said that his resignation comes at a time when there are critical issues on the table.

He added that early and long pre-election periods are counterproductive and do not benefit the country and the citizens.

Christodoulides said that he would be interested in the 2023 presidential elections - especially if his candidacy could lead to wider collaborations - after holding a dialogue with the society, including with his party, the Democratic Rally, in whose support he was looking forward to. A dialogue, as he said, that would result in the preparation of a specific program on all the challenges that the country is called to face in a modern way, as the citizen rightly demand.

Saying that it’s not yet time for making decisions, he reiterated that in relation to the 2023 presidential elections he will make announcements when he takes his final decisions.

At the same time, he said that there is no doubt that the Cypriot society does not need “sharks” - an characterization employed recently by Neofytou - but a good captain who will unite wider forces and build solid partnerships, both in Cyprus and abroad.