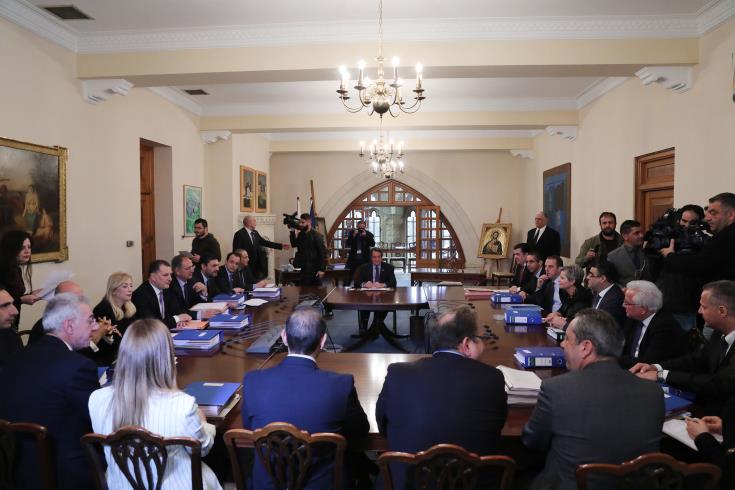 Outgoing Cabinet members “raised the bar” and new Ministers should take this into consideration, the President of the Republic of Cyprus Nicos Anastasiades told an extraordinary session at the Presidential Palace, on Tuesday.

After holding the last ministerial meeting with the outgoing Cabinet, President Anastasiades welcomed the new Ministers taking over on March 1st. According to Deputy Government Spokesman Victoras Papadopoulos, the President told them that he would be at their disposal.

President Anastasiades was reelected on February 4 for a second five-year term. On February 13 he announced his new Cabinet, that will succeed the previous government on March 1st. A day before, on February 28, the President will be sworn in, during a ceremony at the Cyprus House of Representatives.

Speaking to the press, Papadopoulos also said that the President thanked the outgoing Ministers, telling them that there was no need for a Cabinet reshuffle all these years because they were all successful in the exercise of their duties.

Outgoing Minister of Transport said after the meeting that he was confident about the ability of new Cabinet members in fulfilling their duties. He also said that he will meet with his successor, Vassiliki Anastasiadou, as well as with Natasa Pilides who is taking over the Undersecretariat for Shipping, to brief them as best as he can.